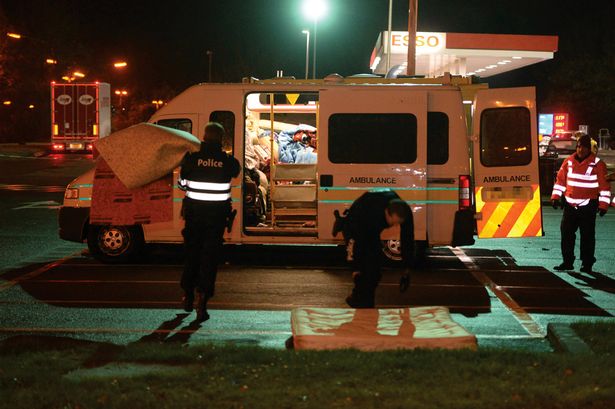 Belgian police have arrested six British men driving three UK ambulances not far from Brussels, as the Belgian capital was on lockdown, with security agencies fearing a “serious and imminent” threat of a terrorist attack.
The medical vehicles, with British license plates, were spotted on Saturday at a service station in Bierges, along the E411 highway, 30 minutes southeast of Brussels.

Law enforcement officers arrived on the scene quickly at around 14:00 local time (13:00 GMT), supported by six armored trucks. A witness spoke to RTL Belgium, saying: “There were a number of police vehicles and the police officers had their weapons drawn.”

Six British nationals of Pakistani origin were arrested at the scene and were taken for questioning and had their fingerprints taken. No weapons were found, but police said they came across “clothes, food and money.”
CONTINUE