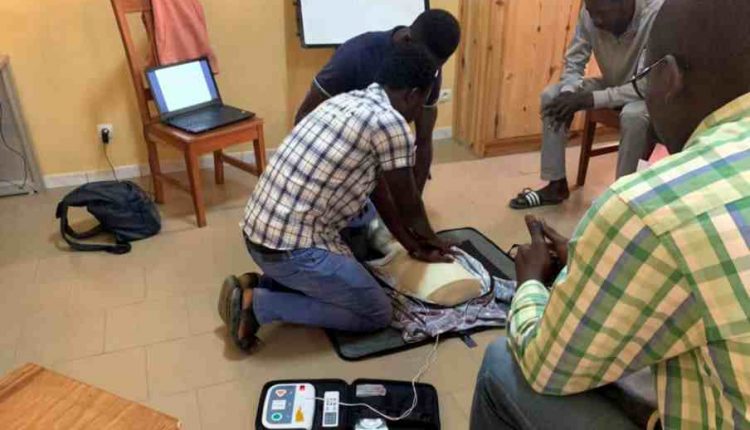 A new pre-hospital service in Africa? This is the focus of our new episode of Emergency Extreme. It is the most beautiful initiative that we have ever encountered by now.

Protagonists of the project for new pre-hospital service in Africa are the members of the non-profit organization ‘I Sardi Soccorso’, an organization founded by Claudio Cugusi to commemorate his parents. It is about a meritorious activity on the ambulance, with an extra value: at the basis, there is a project, carried out with the hand of some cooperatives, which aims to define a pre-hospital care network in Pikine Est, in the Dakar region of Senegal.

And that dream came true.

Those who know the rescue and pre-hospital care service Africa know how epic this goal is.

Thanks to the dialogue and friendship with Abdou Ndlaye, representative of the Senegalese Community in Cagliari, with Issakha Diop, mayor of Pikine Est, they collaborated with Matteo Nocco, Rescuer Instructor, and began to raise funds. After the fundraising activity, they also organized the rescue training of six Senegalese boys. However, crowdfunding did not work so well.

Sardinians are known for their stubbornness. Therefore supporters put their hands on their wallets and contributed to paying by themselves.

So they managed to set up an ambulance and organize a training internship for the first six rescuers trained in Pikine Est at the pre-hospital 118 dispatch centre in Cagliari. At the end of this internship, the six men will be competent rescuers.

The approach was deemed so valid and severe that the Touba Faculty of Medicine and Surgery recognized a specialized degree course for rescuers, intending to prepare rescue instructors trained on-site.

Regarding the ambulance, the situation is genuinely edifying: a first ambulance was sent in November, and now a new shipment is ready. This time with an exceptional companion: Maurizio Sanna.

Mr Sanna has already raced the Rally Dakar six times. He will be at the head of a procession of bikers who will accompany the vehicles to the final destination, Pikine Est, precisely. A joyful caravan of gifts, if we may say so.

Pre-hospital service in Africa: the future of Sardinia Soccorso in Senegal 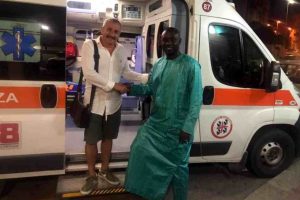 Claudio Cugusi, one of the organizers of this worthy activity, paces up and down. He managed to understand the deep need of these populations, and this has multiplied motivations and objectives.

The latter, for the future, are those of setting up off-road ambulance vehicles. Still, Claudio and his colleagues will need a hand from anyone with possibilities and desire.

Many references are emergency sector-leading companies that we know well. Who knows if some of them would not wish to give some suggestion or support such a wonderful initiative.

If anyone wants to help, all you have to do is CLICK HERE.