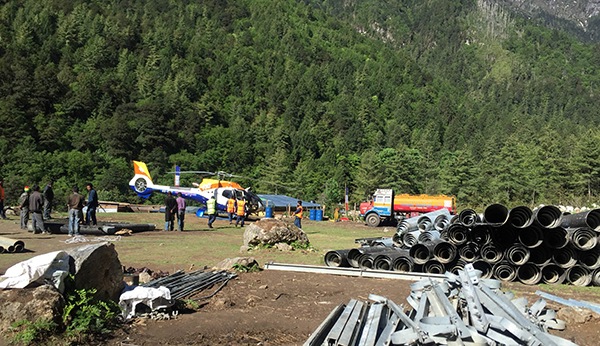 The Royal Government of Bhutan deals with its affairs on social development and political leadership with an exceptional approach. Their way of management and development revolves around their adaptation of philosophical aphorism – Gross National Happiness.

Further, Gross National Happiness is based on a principle that a nation should progress based on the welfare and benefit of the people rather than on technological or commercial interests. It is a responsible, people-centered concept and with the purpose of making the populations lives better. The Gross National Happiness encompasses four pillars that include: Good Governance, Equitable and Sustainable Development, Preservation of Culture, and the Conservation of the Environment.

On the side of health and safety, Bhutan is bearing a considerable increase in the number of vehicular and inadvertent injuries, including the growing threats of environmental calamities and disasters. Not to mention the country’s rough and mountainous environment making transport to the nearest medical facility difficult. The long hours of transport and unsafe trek are crucial to patient survival. With this, the Bhutan Foundation is putting extra effort to recover on these issues by establishing and improving Bhutan’s competence in emergency medical services.

Two Bhutanese physicians were sent for training by the Ministry of Health and the Bhutan Foundation. They were recognized as Bhutan’s first emergency department physicians specializing for the country’s emergency medicine. The primary goal of the program is to educate all doctors and nurses functioning in emergency medicine and trauma care in Bhutan. This was completed through the aid of train-the-trainers models which helps in building the country’s long-term capacity and sustainable programs.

Many regions in Bhutan worries on health care structures with no existing pre-trauma care. That calls for the need to provide a basic level of a health system which can be ascertained by educating concerned community members the basic first aid procedures. The Bhutan Foundation and Ministry of Health have granted trainings to budding first responders for more than five years to date. It includes ambulance drivers, police officers, firemen, taxi drivers, and nuns where they were taught of basic first aid, providing cardiopulmonary resuscitation (CPR), hemorrhage control, splint applications, and using safe and proper transport procedures. This has empowered the community and its members as the basic life-saving skills extensively trimmed down the number of avoidable deaths.

In July of 2017, the Bhutan Foundation has an on-going online campaign that aimed to raise funds for the Bhutan Emergency Aeromedical Retrieval (BEAR) Team. The program has tied up with the Health Ministry and the Jigme Dorji Wangchuck National Referral Hospital (JDWNRH), where the Bhutan Foundation supplied essential medical equipment for the BEAR Team. The equipment consists of portable devices which enables the provision of timely interventions and medical attention for patients during helicopter transport.

Further, Bhutan Foundation’s program of improving the country’s emergency medical services opened the chances of having medical equipment and other emergency care resources worth Nu. 1.8 Million. The resource which includes manuals and training equipments was handed over to the Emergency Medical Services Department under the Health Ministry of Bhutan. The equipments are intended to be distributed to JDWNRH, Mongar Regional Hospital, and Gelephug Regional Hospital.
By these on-going initiatives made by the Royal Government of Bhutan and the Bhutan Foundation, its government and the local people holds high hopes of having their emergency medical services be transformed to an improved composition.