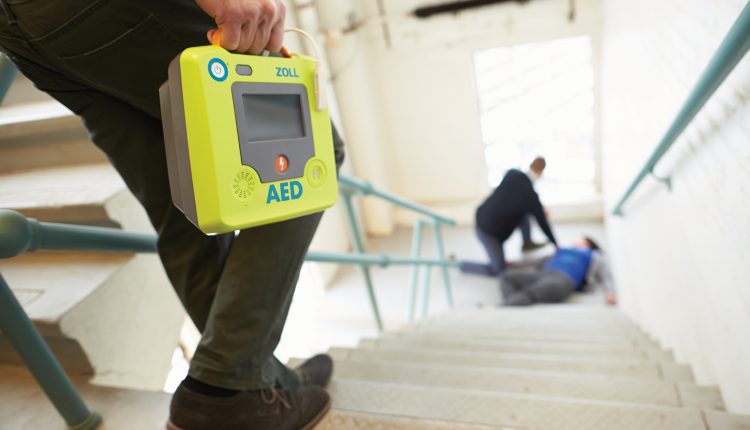 Law requiring certificate to use a defibrillator reduces response time 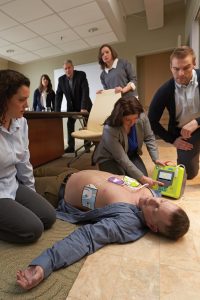 Milan, Italy – 5 March 2018: An Italian law requiring citizens to hold a certificate to use a defibrillator must change to improve survival from cardiac arrest, researchers argued today at Acute Cardiovascular Care 2018, a European Society of Cardiology congress.1

The study included two separate analyses – the first to assess how many times AEDs are used when people have an out-of-hospital cardiac arrest witnessed by a bystander in Pavia Province and the second to assess the impact on survival of the use of AEDs by a layperson before the arrival of the EMS.

The study used the Pavia Cardiac Arrest Registry (Pavia CARe), which was set up in October 2014 and enrols all out-of-hospital cardiac arrest patients in the province. All patients enrolled in the Registry up to March 2017 were included, with the exception of those whose cardiac arrest was witnessed by EMS.

The researchers calculated the rate of AED use before EMS arrival in the patients whose cardiac arrest was witnessed by a layperson and whose first heart rhythm was shockable.2 An AED was used by a layperson in just 9 out of 140 patients (6.4%).

“This is an extremely low rate of AED use,” said Dr Baldi. “In countries where the ‘Good Samaritan’ law is in place and all citizens can use an AED, the rate of AED use before EMS arrival is around 15–20%.” 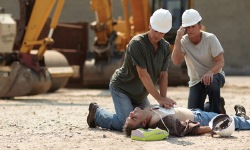 The second analysis was conducted in patients who received bystander defibrillation and had a shockable rhythm. This group of patients also included those where the cardiac arrest itself had not been witnessed. A total of 10 patients in this analysis received the first shock by a layperson before EMS arrival. The researchers compared the survival of those 10 patients and the 99 patients who received the first shock by EMS. The two groups were similar in terms of age and sex.

“These results confirm the positive impact on survival of AED use before the arrival of EMS,” said Dr Baldi. “It is crucial to act quickly in cardiac arrest and bystanders can be instrumental in determining whether a patient lives or dies.”

“The Italian law requiring people to be certified in the use of AEDs is a major limitation on their use by members of the public,” he added. “There is no shortage of defibrillators – there are 503 AEDs in public places in Pavia Province, which amounts to one for every 1,093 residents.”

In addition to the legal challenge, another factor that contributes to the low rate of AED use in Italy compared to some other parts of Europe is that there is currently no system to alert people nearby who may be able to assist when someone has had a cardiac arrest – such as phone apps that are used in some countries – or to automatically alert the fire brigade and police that a cardiac arrest has occurred. If they are nearby, these emergency services, who carry AEDs and are trained in their use, could arrive more quickly than the EMS.

Dr Baldi said: “Italian law should be urgently reviewed to allow all citizens to use an AED regardless of whether they have been trained. We also need to create systems to alert nearby citizens and the fire brigade and police that someone has suffered a cardiac arrest. Every moment is critical in these cases. Just three or four minutes can make the difference between life and death.”

UNICEF female mobilizers are struggling against polio in Nigeria, one home at a time