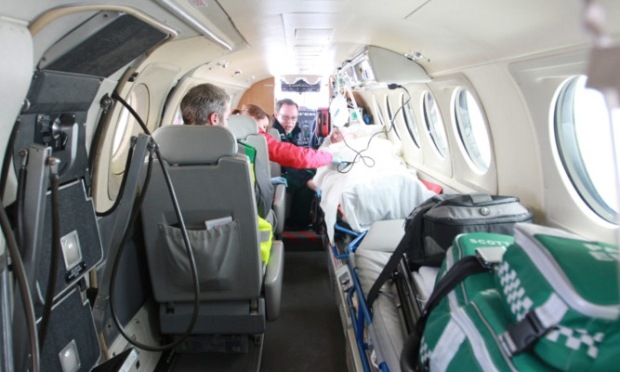 MEXICO CITY — Mexican police say they have found 84 pounds (38 kilograms) of cocaine in the luggage of a supposed patient about to board an air ambulance flight to New York City.

Federal police in the northern border city of Tijuana say they were inspecting a Learjet air ambulance that had a planned stopover in El Paso, Texas. The patient arrived in an ambulance, supposedly suffering from cancer and accompanied by two female paramedics.

But sniffer dogs detected 38 packages of cocaine in the patient’s three suitcases.

Police said Wednesday that the supposed patient, the paramedics and four people aboard the plane were detained pending investigation.

While small private airplanes are frequently used to smuggle drugs, it is rare for an air ambulance to be used in such a scheme.

2015 ACLS Guidelines: What happened to VSE?