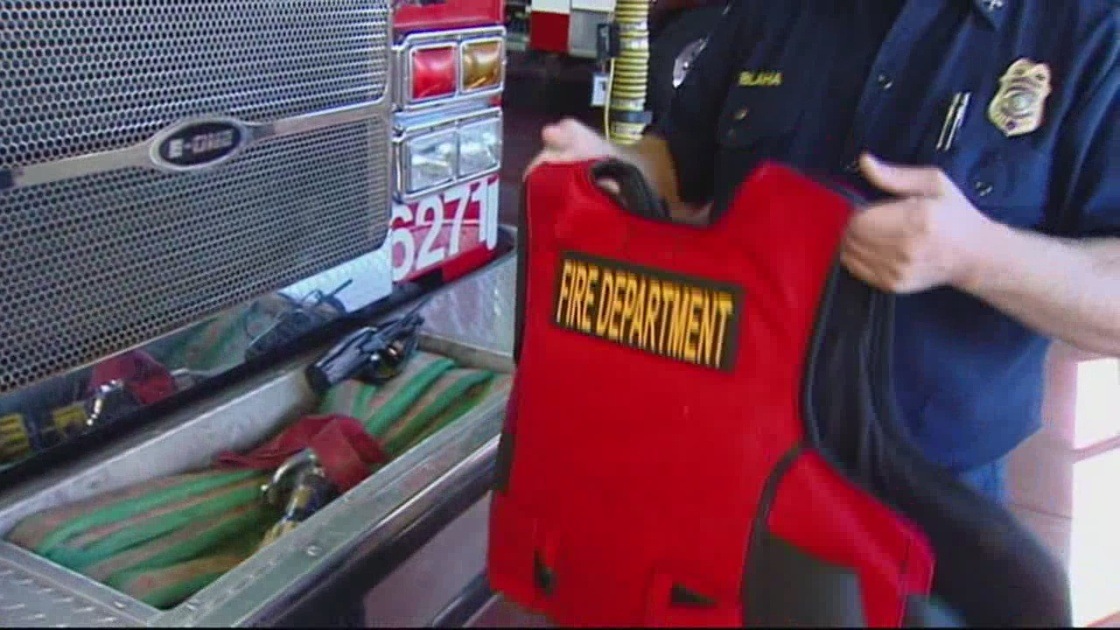 The Bonita Spring Fire Commissioner Fred Forbes is considering the possibility to equip firefighters with weapons and bullet proof jacket. The news appear on STATter911. Forbes, the fire district’s treasurer and secretary, proposes outfitting the department with body armor and weapons.

“I am thinking primarily of military-style weapons that could be carried in the fire trucks,” said Forbes. The idea is to have a weapon inside the fire truck and Forbes also wants body armor for dangerous scenes. “The idea is astronomical, you are talking about firefighters carrying firearms,” said Bonita Springs Fire Chief Joseph Daigle. Daigle says right now he doesn’t have a firm opinion either way.

Are Firefighters under attack? Yes, the problem is really important. Safety for Firefighters, EMT and Paramedics in the U.S. it’s not under control. It’s not a news, commissioner are talking about the possibility to equip Fire trucks and ambulances with weapons from years. Here below you could find an interesting report from the Peoria Fire Department about assaults against firefighters in 2006. It could help you to better understand the problem with a background of data more clear than a simple news article