The results of this meta-analysis show that CPR guided by EMS physicians is associated with improved rates of ROSC, hospital admission, and hospital discharge compared with CPR guided by paramedics in OOHCA patients

Before citing those conclusions consider that this Metanalisys has several and important limitations:

Despite the significant limitations this systematic review provides the only available evidence for the effectiveness of a paramedic versus EMS-physician-based emergency response system for prehospital cardiac arrest.

What could EMS physicians provide beyond what paramedics already contribute?

Evidence suggests that EMS-physician-guided cardiopulmonary resuscitation (CPR) in out-of-hospital cardiac arrest (OOHCA) may be associated with improved outcomes, yet randomized controlled trials are not available. The goal of this meta-analysis was to determine the association between EMS-physician- versus paramedic-guided CPR and survival after OOHCA. 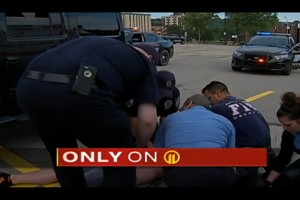 Studies that compared EMS-physician- versus paramedic-guided CPR in OOHCA published until June 2014 were systematically searched in MEDLINE, EMBASE and Cochrane databases. All studies were required to contain survival data. Data on study characteristics, methods, and as well as survival outcomes were extracted. A random-effects model was used for the meta-analysis due to a high degree of heterogeneity among the studies (I 2  = 44 %). Return of spontaneous circulation [ROSC], survival to hospital admission, and survival to hospital discharge were the outcome measures.

The optimal emergency medical service (EMS) system configuration and staffing for out-of-hospital cardiopulmonary resuscitation (CPR) are controversial [1]–[3]. In several countries, EMS physicians are an integral part of prehospital EMS teams and are often dispatched to the most severe cases, including cardiac arrest. EMS physicians have undergone special training in emergency medicine that often goes beyond current advanced cardiac life support standards[1]–[7]. Despite the intuitive appeal of having EMS physicians guiding out-of-hospital CPR, there is only limited evidence about the influence of EMS-physician-guided CPR on outcomes after out-of-hospital cardiac arrest (OOHCA). Studies comparing the effect of different EMS systems (i.e., EMS-physician-staffed versus nonphysician (paramedic)-staffed systems) and their effects on survival in OOHCA patients are notoriously difficult to conduct and thus are limited [1]–[3]. Interestingly, almost all large-scale comparative studies demonstrate a survival benefit associated with EMS-physician-guided CPR for OOHCA [2]–[5], [7].

The goal of this study was therefore to summarize the existing evidence comparing EMS-physician-guided versus paramedic-guided CPR and survival after OOHCA.

The Preferred Reporting Items for Systematic reviews and Meta-Analyses (PRISMA) [8] and Meta-analysis Of Observational Studies in Epidemiology (MOOSE) guidelines [9] were followed in this meta-analysis. 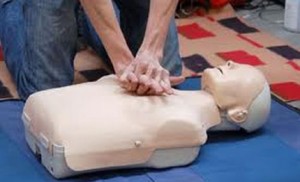 We performed a literature search accessing MEDLINE, EMBASE, and Cochrane databases for studies published until June 2014 using the following search terms and keywords: PubMed: (Heart arrest [mh] OR ((cardiac [tw] OR heart [tw]) AND arrest [tw])) AND (prehospital [tw] OR pre-hospital [tw] OR out-of-hospital [tw] OR “emerg* physician*” [tw] OR “prehosp* physician*” [tw]) AND (ALS [tw] OR advanced card* support* [tw] OR advanced cardiac life support [mh] OR resuscitat* [tw] OR resuscitation [mh] OR cardiopulmonary resuscitation [mh]). The search strategy was based on combinations of Medical Subject Heading terms and text words and was not restricted to a specific language or year of publication. Electronic databases were searched—Cochrane Database for Systematic Reviews and Central Register of Controlled Trials (http://www.cochrane.org/), MEDLINE (http://www.ncbi.nlm.nih.gov/PubMed), and EMBASE (https://www.elsevier.com/solutions/embase-biomedical-research) —and hand searches of journals, review articles, and books were performed. In addition, we manually checked the reference list of each article. The main focus of this study was on prospective clinical trials, and we also included analysis of retrospective observational cohort studies.

Since no randomized controlled clinical trials were available, we included in this meta-analysis all prospective and retrospective observational cohort studies. The following eligibility criteria were required for inclusion: observational cohort studies; comparison between EMS-physician-guided and paramedic-guided CPR; survival data available; adult population; and OOHCA. Articles were considered if published in English or German. For the study by Hagihara et al. [10], we selected only the propensity-matched cohort to reduce selection bias (n = 9231 EMS-physician-treated cardiac arrests versus 9231 paramedic-treated cardiac arrests).

We performed the analysis with the Comprehensive Meta-Analysis software, version 2.2.064 (Biostat, Englewood, NJ, USA). Risk ratios and 95 % confidence intervals (CIs) were (re)calculated for each study and pooled in both a fixed-effects model and a random effects model. The Comprehensive Meta-Analysis software uses the inverse variance method for weighing studies. However, other methods can be selected, such as Mantel–Haenszel. The results in our meta-analyses did not differ between each method. Heterogeneity among studies was formally assessed by the Q and I2 statistics. Publication bias was tested with the Egger’s regression test.

The literature search identified 3153 publications that met the search criteria. Detailed evaluation of abstracts and full articles resulted in 14 studies that met inclusion and exclusion criteria (Fig. 1, Table 1) [4], [5], [7], [10]–[20]. Quality of the included studies was variable and the heterogeneity was high (I2  = 44 %). The funnel plot of included studies shows a small likelihood of publication bias (Additional file 1: Figure S1). The total pooled sample size was 126,829 cardiac arrest patients.

Table 1. Characteristics of included studies with physicians and non-physicians (paramedics) in out-of-hospital CPR

The results of this meta-analysis show that CPR guided by EMS physicians is associated with improved rates of ROSC, hospital admission, and hospital discharge compared with CPR guided by paramedics in OOHCA patients.

This meta-analysis included 14 international studies with a pooled sample size of more than 126,000 patients. Two studies from Japan [10], [17] accounted for nearly 90 % of the total sample size and thus had the biggest weight in the meta-analysis. Because the individual studies were largely consistent in the effect size estimate, we did not perform sensitivity analyses excluding these two studies. 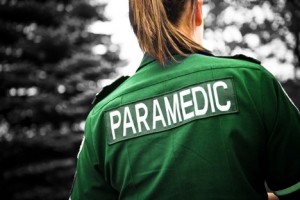 This meta-analysis has several limitations. First, meta-analyses pool existing evidence and are thus dependent on the scientific quality of included studies. Typically, meta-analyses of randomized controlled trials provide the strongest and most robust evidence. In our study, no randomized controlled trials exist that compare EMS-physician-guided with paramedic-guided CPR and probably never will, due to the fact that whole states and countries operate one particular EMS system and switching systems is very costly. Despite the nonrandomized nature of studies included in this meta-analysis [4], [5], [7], [10]–[20], the evidence favoring EMS-physician-guided CPR for OOHCA appears to be robust since almost all studies found a similarly positive survival effect. Second, selection bias may have influenced individual study results. In some EMS systems, EMS-physician-staffed ambulances may have not been dispatched to cases of OOHCA that were futile based on the assessment of an ambulance crew on the scene. Alternatively, EMS physicians may have determined on scene that initiation of CPR was not appropriate, which may have influenced the denominator of “potential cardiac arrests”. This would have limited EMS-physician-guided CPR to OOHCA cases with a higher likelihood of successful resuscitation. Third, the geographic distribution of EMS systems is highly variable and is often influenced by many historical factors that all may have confounded the results of this meta-analysis.

If the results of this meta-analysis are true—that is, EMS-physician-guided CPR provides survival benefit in OOHCA over paramedic-guided CPR—what may be the causes? What could EMS physicians provide beyond what paramedics already contribute? First, it has been demonstrated that because of the limited number of invasive procedures performed by EMS crews (like airway management, tracheal intubation, etc.) in out-of-hospital patients, it is very difficult to obtain or maintain life-saving skills [22]–[25]. As an example, even after 150 attempts at intubating the trachea in elective surgical patients under optimal conditions in the operating room the success rate is only 95 % [26]. In the out-of-hospital setting, however, conditions are generally more difficult, leading to more challenging prehospital airway management [27], [28]. On the other hand, EMS physicians are often anesthesiologists who maintain airway skills in the operating room while working only part-time in EMS medicine. Second, physician presence during CPR has been reported to increase compliance with guidelines, resulting in less hands-off time during CPR [11].

A randomized controlled trial comparing EMS-physician-guided versus paramedic-guided CPR will not be possible due to many reasons. Therefore, despite the significant limitations which are readily acknowledged, this systematic review provides the only available evidence for the effectiveness of a paramedic versus EMS-physician-based emergency response system for prehospital cardiac arrest. Perhaps there may be opportunities for natural experiments when EMS systems change from paramedics to EMS physicians or vice versa. Additional analyses using large-scale registry data may help to elucidate this topic in the future.

In summary, findings from this meta-analysis suggest that CPR guided by EMS physicians is associated with improved survival compared with paramedic-guided CPR in OOHCA patients.

All authors declare no conflicts of interest related to the topic of this manuscript.

IKEA Shelter and fire safety, a temporary solution is not the final house for refugees