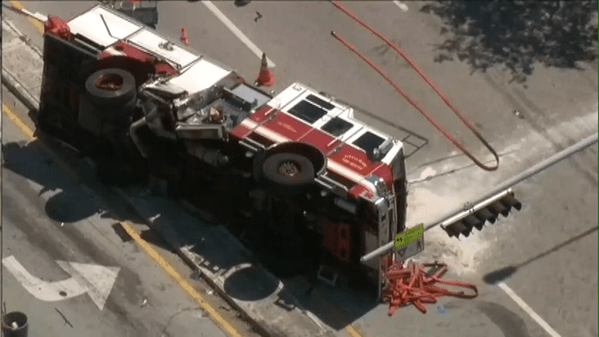 On Tuesday afternoon in Miami was reported a terrifing crash between a Fire Truck and an Ambulance. A New video released in the past time shows four angles of the crash. The Fire Truck are from the Miami Department of Fire Rescue. The crash was reported last Tuesday afternoon at Northwest 12th Avenue and Northwest 14th Street, a few blocks west of Jackson Memorial Hospital. The fire truck was on its way to a call when it crashed into an ambulance that was also on a call. The video shows the ambulance run a red light before crashing into the fire truck, which immediately overturned. Both vehicles had its emergency lights and sirens on.The crash remains under investigation.