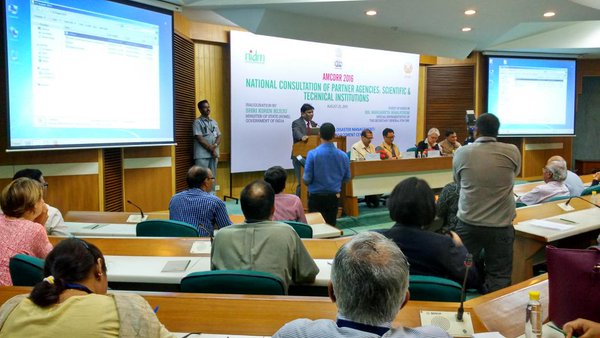 Risks and vulnerabilities go beyond national boundaries. Regional platforms provide an opportunity to address trans-boundary issues around disaster prevention and preparedness by providing leadership, by addressing disaster risks and building the resilience of communities and nations in the region. These regional platforms steadily evolved over the life of the Hyogo Framework for Action (HFA 2005-2015), calling for a stronger recognition of regional mechanisms to implement and oversee disaster risk reduction by creating and sustaining the shared political commitment towards the implementation of the Sendai Framework.

In Asia, the regional platform mainly consists of the Asian Ministerial Conferences on Disaster Risk Reduction (AMCDRR) and the ISDR Asia Partnership (IAP) forum as its mechanism for consultation and technical support. Established in 2005, the AMCDRR is a biennial conference jointly organized by different Asian countries and the United Nations Office for Disaster Risk Reduction (UNISDR).

The AMCDRR serves as a forum for stakeholders to take a shared responsibility and make actionable commitments towards implementation of DRR in the Asia region through the exchange of experiences on successful practices and innovative approaches in reducing and managing disaster risk. So far, countries in Asia in collaboration with UNISDR, have organized six AMCDRR conferences. The Previous hosts were the People’s Republic of China (Beijing, 2005); Republic of India (New Delhi, 2007); Malaysia (Kuala Lumpur, 2008); Republic of Korea (Incheon, 2010); Indonesia (Yogyakarta, 2012); and Thailand (Bangkok, 2014).

The AMCDRR is an established regional mechanism for disaster risk reduction. Its success is largely due to the joint leadership of hosting governments and their partnership with UNISDR who provided the technical support. As a result, the AMCDRR has been instrumental in increasing political commitment and strengthening the disaster risk reduction agenda at all levels.

The objectives of the AMCDRR 2016 conference are as follows:

– Transforming the commitment of governments and stakeholders made in Sendai during the WCDRR into national and local action.
– Setting the direction to accelerate regional implementation and monitoring of the Sendai Framework

The expected outcome of the conference will be the following: