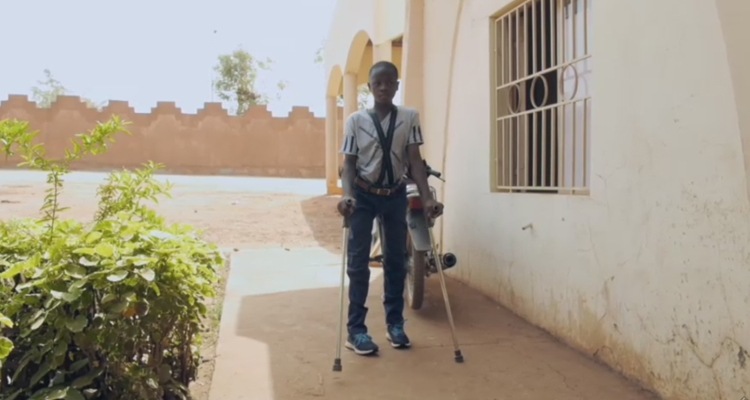 A step beyond the fundraising: Red Cross start the first financial bond project for charity

Don’t stop to the emergency, but start project that leave a permanent mark on a country. This is the Red Cross first financial project to support ideas for healthcare around the world.

Around the world, humanitarian needs are growing, and those needs will not disappear once the immediate crisis is over. The effects of conflict and catastrophe continue for decades, lifetimes even. Around the world, there are 90 million people with physical disabilities, who need support to recover their mobility. Only around ten per cent are getting that support. In developing and fragile countries, the International Committee of the Red Cross is the world’s largest provider of physical rehabilitation services. Now, the ICRC is launching an innovative new programme, in partnership with business and with national governments, to expand that work.

Already, the ICRC is helping boys like 13-year-old Mekidian Diallo, who lost his legs as a baby, to walk again. Mekidian is being treated at the ICRC supported National Physical Rehabilitation Centre in Bamako, Mali.

“When I came to Ganadougou, I couldn’t walk” says Mekidian. “Now, they’ve helped me to walk. I want to go to school and eventually become a teacher.”

Now that he can walk again, Mekidian’s future plans are a realistic goal. And they make good sense not just for him, but for the economy of his country.

People who cannot access help to regain their mobility often cannot work, and cannot provide for their families. Without ICRC support, that might have happened to father of eleven, Issa El Hadj Kobo, from Niger, who lost his leg following a gunshot wound.

“One day, someone asked me what happened” he says. “I told him, and he showed me where to get treatment in Niamey. And then in Niamey, the ICRC fitted me with a prosthetic leg.”

The ICRC’s new ‘Impact Bond’ aims to help many more people like Mekidian and Issa. Over a period of five years, three new physical rehabilitation centres will be set up, in Nigeria, the Democratic Republic of Congo, and Mali, providing services to thousands of people.

New staff will be trained in physiotherapy, and in how to make prosthetic limbs. The funding method is a world first: initial finance comes from the private sector, and will then be repaid by national governments, once the outcomes of the work have been assessed and audited.

The ICRC expects this innovative new investment model to be an example of how to diversify humanitarian financing at a time when there is growing pressure on existing funds. But above all, the new programme should do what ICRC orthopaedic specialist Mohamed Choghal has devoted his career to: getting people back on their feet again.

“Working in a physical rehabilitation centre and seeing people in this state is painful,” admits Mohamed. “

“We really try and support them and help them reintegrate into society. Because when patients can stand up, they feel good and feel able to work again.”

In fact, the benefits of physical rehabilitation can go much further than making some one fit for work again, as Ibrahim Dayabou from Niger knows.

“We were cleaning the house. I picked up a grenade. I thought it was a toy, but it exploded in my hand. That’s how I lost this arm.

“This is the first time I’ve been back to the house since it happened.”

Ibrahim received a prosthetic arm at the rehabilitation centre in Niamey, and he’s become one of  his country’s leading athletes, competing at the Paralympics in Brazil last year. “My dream is to become the Usain Bolt of Niger,” says Ibrahim. “And even beat his record one day.”

Prime Minister Teams Up with 3 ex-PMs for 999 Memorial