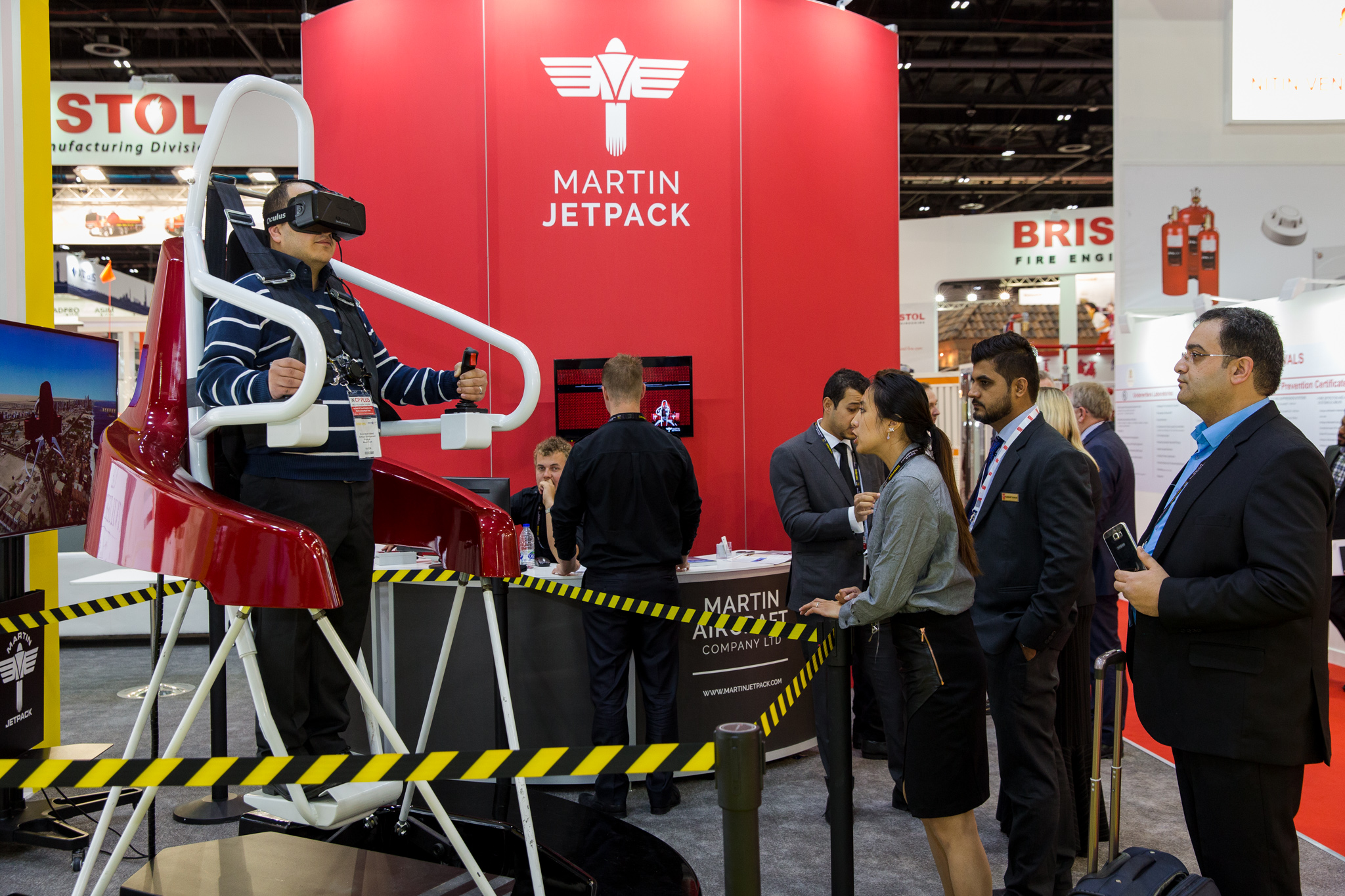 Dubai, UAE: The Middle East market for security, safety, and fire protection is on track for double digit growth over the next four years, as regional governments and the private sector look for improved technologies to better protect assets, people, businesses, and borders.

Led by the Gulf nations of Saudi Arabia and the UAE, regional countries are making rapid strides to upgrade infrastructure and secure their countries, with research from analysts Frost & Sullivan (F&S) highlighting the tremendous potential that remains to be unlocked in the region.

An industry white paper published by F&S outlined the latest trends and opportunities in the market, with spending in Middle East commercial, cyber, and homeland security, along with fire protection, and smart home building automation on a steep upward growth curve.

According to F&S, the Middle East commercial security market, which includes intruder alarms, CCTV surveillance, electronic locks, perimeter protection, door alarms, access control and identification systems, is expected to be worth US$10.2 billion by 2020, growing annually by 24 per cent from its US$3.8 billion value in 2015.

Similarly, the region’s homeland security market is forecast to grow annually by 21 per cent up to 2020, with market revenues increasing to US$34.2 billion, driven predominantly by investments in critical infrastructure, major events, and the need to counter perceived threats. 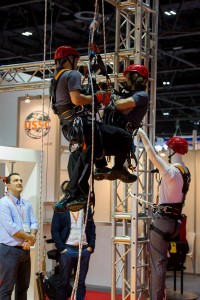 Fire protection also has huge growth potential, with the Middle East’s fire safety market estimated to grow annually by 12.5 per cent from 2012 to 2020. During this period, the market will grow from US$1.6 billion to US$4.2 billion, making it one of the world’s largest fire safety markets.

The latest figures come in the final countdown to Intersec 2017, the world’s leading trade fair for security, safety, and fire protection, which is scheduled to be ten per cent larger year-on-year when it opens from 22-24 January at the Dubai International Convention and Exhibition Centre.

The 19th edition of the annual three-day event will feature more than 1,300 exhibitors from 52 countries, while over 31,000 visitors from 128 countries are expected to attend as they seek the latest solutions across seven show sections of Commercial Security, Fire & Rescue, Safety & Health, Homeland Security & Policing, Perimeter & Physical Security, Information Security, and Smart Home & Building Automation.

“Middle East organisations and end-users realise the impact of security and fire safety on their overall productivity and bottom lines, while regional governments have always been committed to protecting critical assets and people in the face of perceived threats along with social and commercial interests. In this respect, the region has carved out a niche for itself in the global security, safety, and fire protection industries and Intersec, as the leading global trade platform with a pronounced regional focus, remains the natural vehicle for international manufacturers to showcase their wares to regional buyers. The coming edition will be even wider in scope and reach and will provide trade visitors a comprehensive look at what’s available to suit their varied needs, whether that be for governments and authorities, or for private sector end-users in aviation, oil & gas, construction, finance, hospitality, logistics, retail or healthcare.” 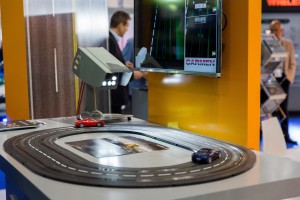 Promise Technology, a leading developer of storage solutions for the surveillance industry, is a returning exhibitor in 2017, and will use the show to introduce some its most exciting solutions yet.

“Promise Technology has been developing NVRs (network video recorders) and storage optimised for surveillance for years, and now we’ll launch a complete new product line with a management server, analytics server and recording server. With our business taking off in the Middle East due to the strong demand for storage, we’ll also introduce a new high-capacity surveillance storage block solution, which is ideal for deployments requiring a large centralised storage solution, offering an open-platform, simplicity, optimisation, and the most comprehensive partner ecosystem. The Middle East is showing very strong interest in cloud-based storage solutions, and we’re working on this with an eye towards the growing trend of smart cities.  With the Dubai Expo 2020 coming up and the FIFA World Cup 2022 in Qatar, there are certainly opportunities for Promise to work together with our partners to further develop surveillance cloud solutions.”

With more than 50 exhibitors, Information Security has been one of the major growth sections at Intersec, and has doubled in size every year since it was first introduced to the show in 2014, as security threats to businesses spread beyond the physical realm.

“Intersec, with its global recognition, elevates Rittal strengths on its IT Physical Security offerings to the market. Acknowledging the growing need for physical security for IT, our display of physical security offerings (IT Security Room and Micro Data Centre) will be a strong resilient proposition to the leading security consultants and clients who value their critical IT equipment and data centres. The physical display of the IT Security Room on our stand at Intersec 2017 will be, one of the realistic touch-and-feel showcase to experience our Promise – ‘ Our Expertise – Your Benefit’.”

Smart Home & Building Automation is the most recent show section added to Intersec’s vast product scope, as urbanisation and a new age of ICT (Information and communications technology) aids the march toward smarter integration of different functions like electro-mechanical controls, fire and safety security systems, and energy management.

According to F&S, the Middle East Building Automation market is anticipated to grow 7.32 per cent annually with a revenue projection of US$ 560.5 million by 2020. Saudi Arabia and the UAE, with their large projects on housing and commercial construction, will drive demand for smarter and control-enabled buildings.

Among the 50 plus leading players in this section at Intersec 2017 are Fermax, Somfy, HDL, Videocom, Techcom, Hunt and Teleste, all of which will present their latest solutions to a regional market that’s beginning to demonstrate interest in the benefits of home automation and systems integration. 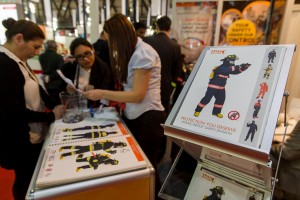 Returning features to Intersec 2017 include the Safety Design in Buildings Pavilion in the Fire & Rescue section, which has doubled in size and will shine the light on fire-rated building materials such as facades, fabrics, doors, windows, paints, stucco, and egress systems.

A Techtextil Pavilion in the Safety & Health section will also present the entire spectrum of technical textiles and nonwovens for professional and protective clothing, as well as the latest laminating technologies for coating, printing, finishing and other products and services.

A GPEC (General Police Equipment Exhibition & Conference) Pavilion at the Homeland Security & Policing section; a Job Pavilion, bringing thousands of professionals together with specialist security-related recruitment companies; and three industry conferences held in cooperation with the Dubai Police and Dubai Civil Defence wrap up the host of additional features.