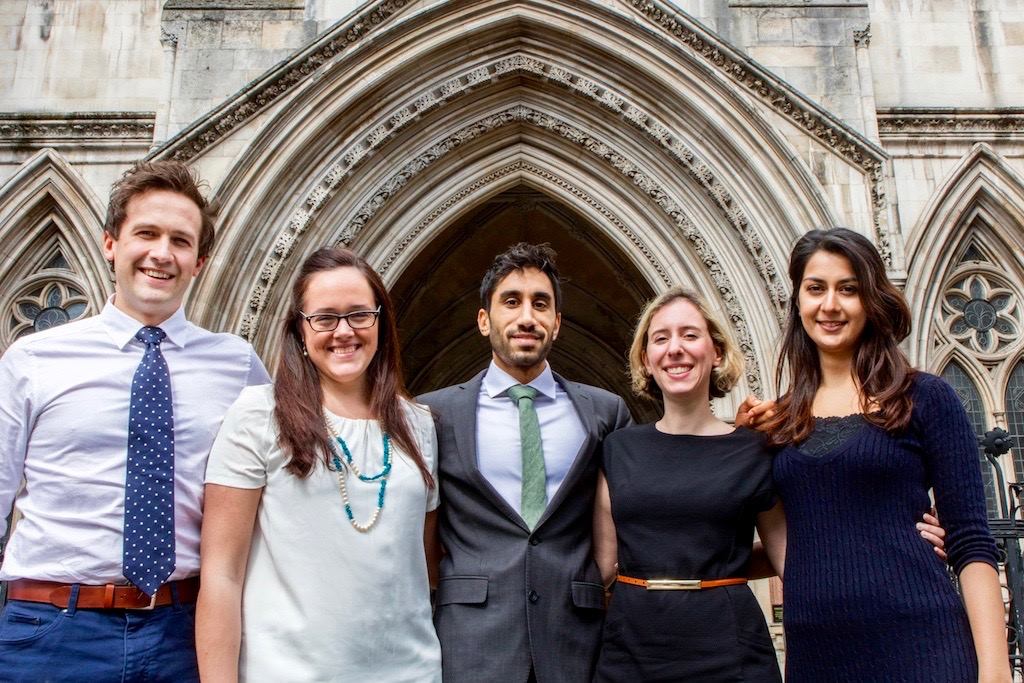 By Emergency Live Last updated Sep 28, 2016
Share
SOURCE: JUSTICE FOR HEALTH
Justice for Health was set up by NHS staff and powered by your crowdfunding to contest the legalities of contract imposition.It is now established, beyond doubt, that the Secretary of State for Health, Jeremy Hunt, is not imposing the disputed contract on junior doctors and that employers of junior doctors are not legally compelled to use it.Throughout the year we have seen the SoS repeatedly declare imposition of the new contract on junior doctors. Through the process of litigation in the High Court we finally have clarity on his decision-making and legal powers.

● Mr Hunt is not imposing

● He never meant to suggest he was

● He claims no-one ever thought he was

Mr Hunt’s last minute legal acrobatics have saved him from losing the case but bring no comfort to the thousands affected by his actions in the last year.

He did not previously clarify his position when faced with thousands of cancelled operations, a devastated workforce or a health service in chaos, but instead, only when his actions faced High Court scrutiny.

The case: our three grounds
1) Did the SoS have power to impose the contract?

During the proceedings the defence satisfied the judge that the SoS was not imposing a contract on junior doctors, and merely approving a recommendation that all Trusts adopt a new model contract. The judge was satisfied that the employers understood the SoS’ language and powers.

2) Was the SoS unclear about his decision-making and in communicating?

The judge accepted that the SoS language was ambiguous prior to the court hearing, and “in fact lead the junior doctors to conclude that contrary to the reality, the Secretary of State intended to ‘impose’ the new contract thereby excluding altogether any daylight for negotiation either with the SoS or the employers”.

This was only clarified at the last moment in court.

3) Did the SoS made an irrational decision?

The judge noted that it would be very difficult to rule the SoS was irrational to follow the government’s own evidence relating to weekend care, staffing and risk. He stated that the SoS had additional reasons which led to initiating contract reforms and that these reasons were rational. Although we disagree with this, it is not unexpected- ‘irrationality’ has an extremely high legal threshold for proof.

Note: Originally we submitted a fourth ground: a challenge against ‘clause 22’ in the February contract which would have allowed for unilateral variation of the terms and conditions, by the employers at any time. Justice for Health was successful in this point and the clause was removed from subsequent contract offers.

The Judgment begins by dismissing claims from the SoS that the case had “no merit”, and emphasises that the grounds presented were “serious and properly arguable” and an issue of “wider public importance”.

It was made clear that Jeremy Hunt is not imposing a contract on junior doctors, instead merely ‘recommending’ it to NHS employers:

“One significant consequence of this litigation therefore has been that the Secretary of State has, properly and reasonably, taken the opportunity to put his position beyond doubt. Without granting declarations I can nonetheless, formally, record the position of the Secretary of State as articulated in these proceedings. First, the Secretary of State does not purport to exercise any statutory power that he may have to compel employers within the NHS to introduce the proposed terms and conditions. Second, he acknowledges, therefore, that in principle individual employers are free to negotiate different terms with employees…”

Despite warnings from his own civil servants, and being aware that his language was causing confusion, the SoS continued to be unclear over the past year.

“…the Minister was warned that the expressions “imposed” and “imposition” had given rise to difficulties. Paragraph [4] of the briefing stated as follows:

4. It is noted that the press has again today referred to the contract potentially being “imposed” by you. As you know, references to “imposition” have been deployed to assert “wrongly” that you are not aware of your legal powers. To avoid further complaints of this sort, we suggest that it is best when addressing this issue to spell out that the new contract will be introduced by you working together with NHS employers.”

The SoS only provided clarity at the last moment, despite previous requests from doctors, politicians and the Justice for Health legal team. This has allowed him to avoid a legal ruling against him.

His lawyers argued that junior doctors’ interpretation of parliamentary statements made by the SOS were unimportant and irrelevant. They claimed only the employers (as decision makers) interpretation should be considered. It was distressing for junior doctors and supporters in court to hear the argument presented in this way. The judge has made clear that this was not an acceptable argument, and that junior doctors and those affected by the SOS decision are legally entitled to clarity.

“In the course of argument counsel for the Secretary of State argued that the addressees of the decision were essentially the employers since it was they who had the responsibility for taking decisions on employment matters at the local level and that was what the decision was really about. However, Mr Sheldon QC, for the Minister did (somewhat reluctantly) acknowledge that employees were also affected. In my view employees were manifestly a critical category of addressee of the decision.”

The judge has dismissed the defence’s claim that junior doctors were fully aware the SoS was not imposing a contract, an argument that was met by audible gasps from those who were present in the High Court.

“I accept the evidence of the junior doctors that they were in genuine doubt as to whether or not there was any negotiating daylight left following the Minister’s statement and, further, construed the Statement as entailing the Secretary of State compelling introduction or implementation of the contract and thereby eradicating further negotiating options.”

The judge has pointed out that now there is clarity the SoS is not imposing a contract, there remains an opportunity for further negotiations. Employers have in principle the freedom to choose whether or not to adopt Hunt’s recommended contract.

“[SOS] now accepts that there is in principle negotiating daylight which exists. But I have accepted the Secretary of State’s analysis by looking, with the obvious benefit of hindsight, at the full range of relevant documents, the most important of which would not have been available to the junior doctors prior to this litigation.”

Final message from Justice For Health:

We have worked very hard to get this case to court and we are thankful to have had the opportunity to hold Mr Hunt to account. The judicial review proceedings were necessary to gain clarity in the law and force Mr Hunt to answer for his conduct.
We hope it sets a precedent for better ministerial conduct and deters the SoS from making statements about imposition on other NHS staff groups.

After a short break, Justice for Health may explore further legal challenges and campaigns we could help take forward on behalf of NHS staff and patients.
Whilst we hoped for the top result, we have met our initial goal to extract clarity from the SoS and will now move on. We resolve to help the BMA to exert legal pressure in any way possible to combat the exploitation of NHS staff and annihilation of good quality patient care we have witnessed at the hands of this Health Secretary.

Join the #Ambulance! - Take part in the course and share your experience in the rescue field!