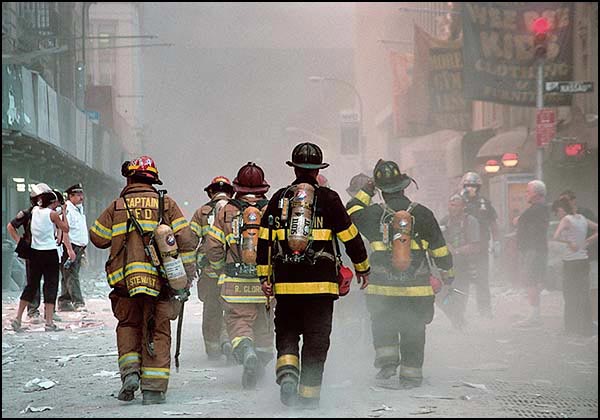 NEW YORK (AP) — Dozens of 9/11 rescue and recovery workers gathered at the World Trade Center site on Thursday to demand that Congress extend programs offering money and free health care to people exposed to toxic dust after the terror attacks.

Since 2011, federal programs have offered substantial aid to people with illnesses potentially linked to the tons of pulverized concrete and glass released into the air when the twin towers collapsed.

Tens of thousands of police officers, firefighters, construction workers and others have gotten monitoring exams and free treatment for a wide variety of ailments through the World Trade Center Health Program. Several thousand have applied for payments from a $2.78 billion compensation fund.

Both of those programs are set to expire next year. Advocates for the sick say there won’t be enough money in the compensation fund to pay every ill worker. And they say the health programs are essential for people with complicated, often incurable illnesses.

Congress initially limited the programs because of concerns about their massive cost.

The former ground zero workers and 9/11 survivors were joined Thursday by U.S. Reps. Carolyn Maloney, Jerrold Nadler, Peter King, Charles Rangel and Eliot Engel, all of New York, and U.S. Rep. Frank Pallone of New Jersey. They have supported a bill that could make billions of additional dollars available to people with illnesses possibly linked to the attacks.

“It’s not enough to praise their heroism,” Maloney said.

When Omeophaty goes wrong: 30 intoxicated people during a medical conference in Germany

More than 5,000 people rescued during the Labor Day Holiday in LA and Orange counties