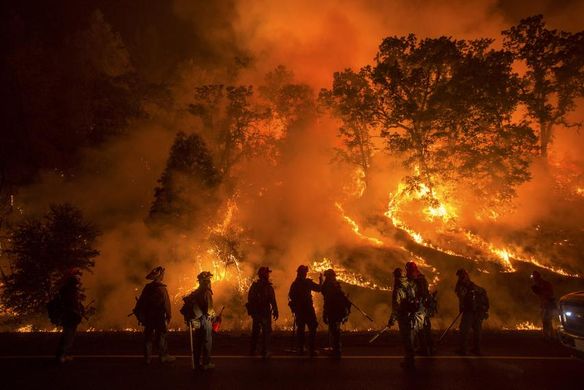 NORTH CALIFORNIA: more than 17 fires are plaguing the country

Summer in California is so heat and so dry that in these days more than 12,000 firefighters are struggling with 17 wildfires that have burned a quarter-million acres of the state. 8 people have been killed and 40,000 inhabitants were forced to evacuate their houses

Firefighters worked overnight to control the biggest of the fires by building lines. It is called the Carr Fire in Shasta County, about 150 miles north of Sacramento, which started July 23, according to Cal Fire, the California Department of Forestry and Fire Protection. They say that the fires destroyed at least 800 homes by Monday everning and other 300 were other buildings. Shifting winds, dry timber and other fuels are making the firefighters’ job even ore difficult.

In this critical situation, police arrested 5 people because they allegedly looted abandoned homes.

Mental and physical preparedness of firefighters: a study on resilience and…