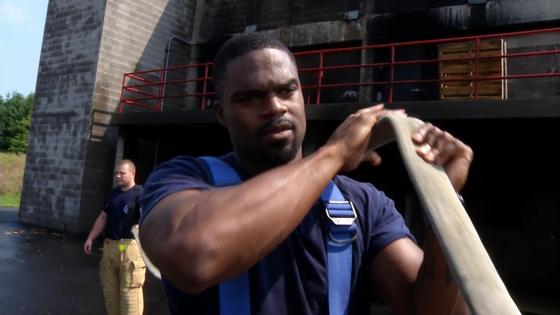 A former Ohio State Buckeye and NFL football player is “on fire” over his new career path. Antonio Pittman is using what he learned as a running back to graduate from the Ohio Fire Academy on Friday. Pittman was in a class of 18 men and women that have been working on becoming firefighters and emergency medical technicians since May. “I can say that throughout that class I met some guys that will be my friends for life,” said Pittman

The State Fire Marshall, Larry Flowers, said passion and teamwork is important for first responders and Pittman has what it takes. “He’s a leader, he was a leader on the field and just his experiences with OSU and with the NFL, I think folks will listen to him.” Flowers said they are trying to recruit more minorities and young people, and they are using the slogan “find the firefighter in you.”