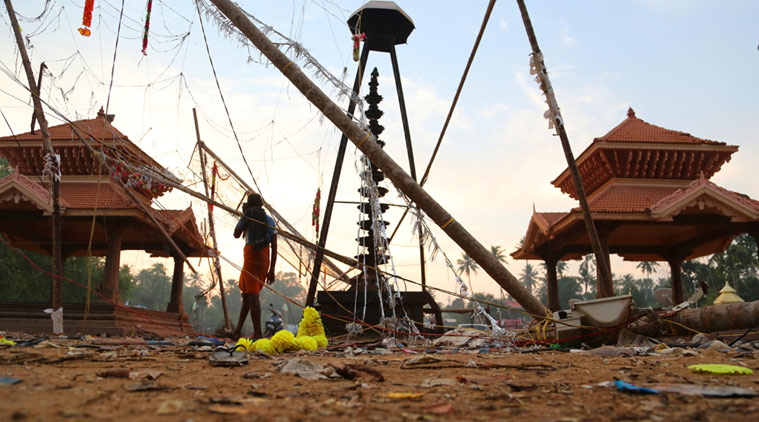 INDIA - 108 killed and over a houndred injured after a huge fire at Puttingal Temple, Kerala

THE INDIAN EXPRESS – Kerala Police on Monday detained five people who were involved in conducting the firework display after a huge fire broke out at Puttingal temple at Paravaur (Kollam District), Kerala early Sunday morning. At least 108 people were killed and over a hundred injured. The fire took place at around 3.30 am. – See more at: http://indianexpress.com/article/india/india-news-india/kerala-kollam-temple-fire-live-updates/#sthash.QtOGanwd.dpufThe incident took place at the 500-year-old Devi Temple at Puttingal of Paravur municipality in Kollam, located around 70 km from the state capital, where a fireworks show is part of the annual festival. The toll is likely to go up as at least two dozen victims are critically injured. – See more