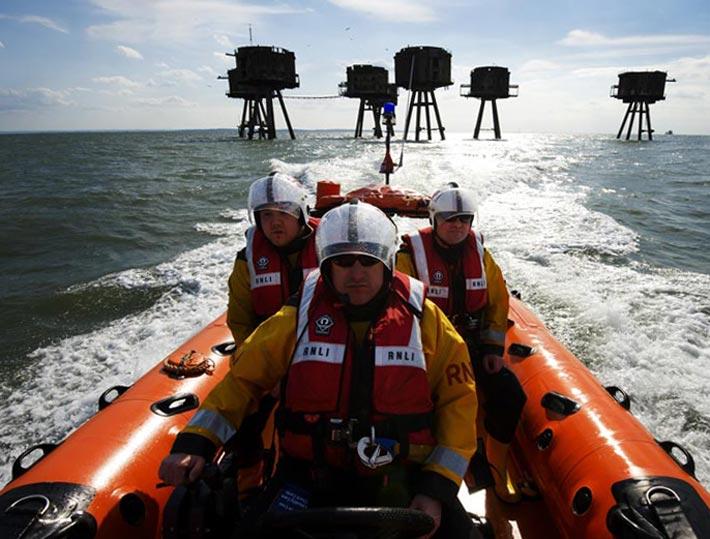 RNLI MAGAZINE – Two young teenagers were rescued from mud on the Isle of Sheppey, in a team effort by Whitstable RNLI’s volunteer crew, coastguard and other emergency services. The girls, aged 13 and 15 years, had been walking along the shores of Warden Bay to investigate an abandoned Second World War bunker they’d seen the previous day. Taking what they thought would be a shortcut across the beach; they wandered into deep, soft mud that had fallen from the surrounding cliffs. Initially, the pair found it funny to watch each other squelching and stumbling around, trying to come unstuck, but they soon realised they were unable to pull their wellies out and were sinking fast. Chloe, the older of the two rescued girls, dialled 999. ‘At first we were laughing because it was just our feet stuck. But we quickly realised we weren’t going to get out and we became so scared that the tide would come in and drown us,’ she later explained. With fire and rescue crews unable to reach the girls by land, a lifeboat was needed to ferry the rescuers by sea instead.

The first HIV self-testing kit is on sale in UK

Hems Congress, Bell Helicopter will attend with the 429 HEMS model