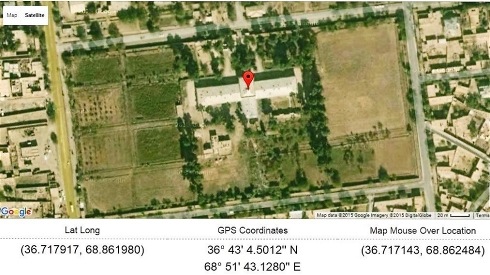 LONDON, 7 October 2015 (IRIN) – Médecins Sans Frontières says the bombing of its hospital in Kunduz by a US warplane was a war crime. The four separate enquiries* that have been launched into the incident, which killed 22 people, should show whether the medical charity is right. But precedent suggests that whatever their findings, criminal prosecutions are unlikely.

For its part, MSF has called for the activation of the International Fact-Finding Commission, an investigatory rather than judicial entity established in 1991 under the Geneva Conventions. It has yet to mount an enquiry.

This briefing examines the historical and judicial context of previous attacks on medical facilities.

How common are they during war time?

Attacks on hospitals have been an unfortunate feature of conflicts for decades. High profile cases include:

Sarajevo: Kosevo hospital was the main medical facility in Sarajevo when the city came under siege in 1992 and was shelled more than 100 times over the following three years, at times at very close range.

Vukovar: The hospital in this Croatian town was shelled by the Yugoslav People’s Army (JNA) when they surrounded the town in 1991. On 20 November , the JNA removed approximately 300 people from the hospital grounds, took them to a remote farm and executed them. Along with other atrocities in Vukovar, this was recognised as a war crime and formed part of the Croatian indictment of Serbia’s then president Slobodan Milosevic.

Mulliavaikal: In 2008-9, Human Rights Watch documented thirty incidents of attacks on medical facilities in under six months in Sri Lanka. The most high profile was the shelling of the Mulliavaikal medical centre in Sri Lanka. Located in the “no fire zone” during the end of a long civil war, the makeshift hospital was repeatedly hit by the Sri Lankan military between 28 April and 3 May 2009.HRW described the incidents as war crimes.

In addition to these cases, hospitals have been attacked in recent years in Afghanistan, Syria, Congo, Gaza, and South Sudan.

And it’s not just hospitals. A recent ICRC study found 2,398 incidents of violence against health care facilities and providers in 11 countries over two years (2012-2014).

Yes. Attacks on hospitals have been described as the very first defined war crime: They are specifically covered in the codification of war crimes Abraham Lincoln wrote during the American Civil War, one of the first pieces of legislation of its kind. His words were used largely verbatim in the drafting of the Fourth Geneva Convention in 1949, which is the main basis in IHL for the special protection offered to medical facilities in war time. It has been signed by 196 countries.

So what happens when a war crime like this is suspected?

The first line of responsibility in the case of a suspected breach of IHL is the military force involved which is meant to carry out investigations and where necessary punish perpetrators.

The International Criminal Court comes into the picture, says Dustin Lewis, a senior researcher at Harvard Law School’s Program on International Law and Armed Conflict, only “where it has jurisdiction and where the relevant state is unwilling or unable genuinely to investigate and, if warranted, prosecute the underlying conduct. The ICC system, in other words, is set up to backstop investigations by states.”

In the case of Kunduz, there is also the complicating factor that the American government is not a party to the Rome Statute that underpins the ICC, though Afghanistan, where the incident took place, is.

How many prosecutions for attacks on hospitals have there been under IHL?

Very, very few. Hardly any cases regarding medical facilities have been put forward in international criminal tribunals, and those that have tended to include attacks on hospitals as part of a broader range of suspected war crimes.

The attack on the Vukovar hospital, for example, was named specifically in the charges made against former Serbian president Slobodan Milosevic, but this referred primarily to the execution of those removed from the hospital, not to an attack on the hospital itself. In any case, Milosevic died before the case could be brought to a conclusion.

India: declared dead, but he came back to life