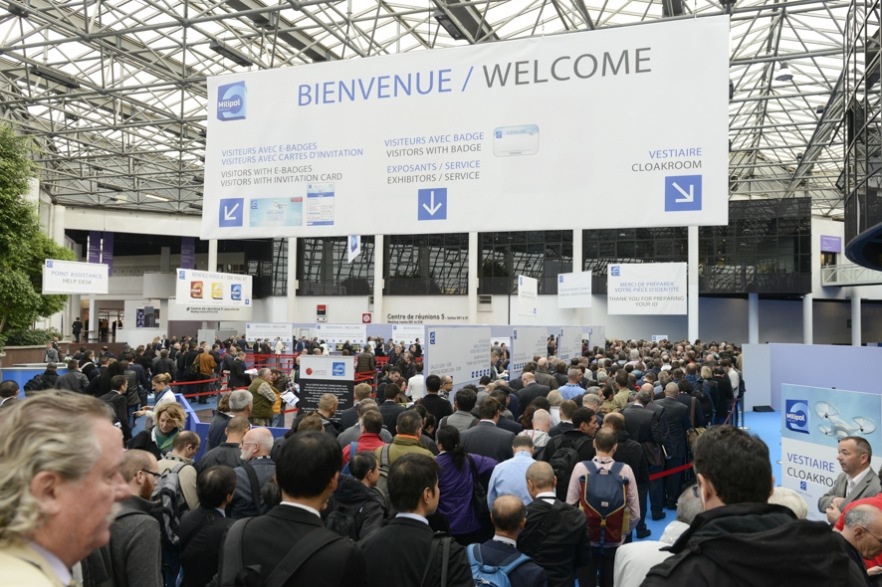 MILIPOL PARIS 2017 - Take up the Challenge of a Safer World

Paris 12th July – Security at industrial sites and public venues is a hot topic, whether these sites have long been listed as “sensitive” or recently added.

The 20th edition of Milipol Paris 2017 will be held from 21 to 24 November 2017 at Paris-Nord Villepinte. On this occasion, this global event for national Homeland security has joined forces with S&D Magazine to hold a conference on this theme as part of their new “Security Thursday”events.

How do you keep ahead of threats and manage them when they actually play out? What are the best practices? How do you share and who with? How are public and private entities cooperating? What solutions can technology bring? How do you address the issue of developing radicalisation? Top-flight speakers provide practical, fertile responses to these questions.

As an introduction to this round table, the French Prefect and Security Director at Véolia, Jean-Louis Fiamenghi, spoke on the place of the security role within firms.

“The French government and regulatory and legislatory powers are exerting pressure for organisations to deal with security themselves, making it necessary to convince all Chairs and executive committee members of the strategic importance of security”.

Firms each address the issue differently according to their line of business, size and of course budget. Stéphane Schmoll, Chairman of the CICS’ Strategic Commission opined that “security budgets are often deemed of secondary importance, until there’s an accident”.

French Prefect and Director for Security, Risk Management and Compliance at Aéroports de Paris, Alain Zabulon, observed that “prevention and detection scenarios have developed considerably since the Paris attacks on 13 November 2015. The radicalisation issue had previously been taboo, yet has since been addressed even in TV studios. The prevention of religious radicalisation in firms is a point that we demonstrate the utmost vigilance on.”

With respect to passengers at airport terminals, ADP has deployed its own means of support even though these areas are controlled by the French government. These means include random checks at terminal entrances, canine surveillance patrols to detect explosives and teams specialising into behaviour detection.

Naturally, technology is there as back-up to humans. It’s essential for security officers to be able to keep ahead of all types of threats, protecting, analysing and intervening as necessary. The offer is increasingly varied to address new needs.

Video protection has been in use for many years now, with interesting new developments. We have now entered the era of smart imaging, with cameras capable of detecting behaviour and tracking travellers.

“We have deployed VBI-match gates at the Gare du Nord in Paris, and have been trialling them at Roissy-Charles de Gaulle airport since 28 December 2016. They check traveller IDs in a matter of seconds. Instead of queuing, you go through a double gate. When the first closes behind you, a camera adjusts to your eye level, takes a photo and compares it with that of the passport inserted in the chip reader”, explained Jean-François Lennon, Vice-President of Vision-Box. “As well as analysing passengers’ facial features, the cameras can now read our emotions and stress levels as well as detecting any behaviour that might belie an abnormal state.”

The latest generation of drones now boast capacity hitherto reserved for the military, detecting intrusion into sensitive sites and conducting routine patrols of industrials sites and oil refineries, runway inspections and maintenance. “By connecting and spreading our on-site drones throughout the terrain at recharging stations, our innovation is sparking a revolution in drone usage. They are now industrial tools within everyone’s reach. We can pilot them from distant control centres, encrypting images and data on the drone and sending them in real time”, explained Clément Christomanos, co-founder and CEO of UAVIA.

How much do you invest in security, especially those operating sensitive sites? What do the investments yield? What are the visible and concealed costs of lacks of security? How do you balance human and technological costs? The French Industry Council for Trust and Security (CICS) seeks to assess the profitability of security investments.

Stéphane Schmoll, raises the issue of responsibility: ”the answer is simple when the SGDSN (Secretariat-General for National Security and Defence in France) imposes a National Security Directive (DNS) on operators. However, given the many threats and possible prevention solutions, the SGDSN prefers industry to determine their own best practices. Once these have been tried and tested, they can then serve as a starting point for regulations. To do this, we need to encourage the development of technical testing and certification with competent laboratories, as was the case for fire risk. Perhaps corporate social responsibility (CSR) should be explicitly extended to Security?”

French Prefect and Director for Protection and Security at SGDN, Pascal Bolot, was asked to wrap up this round table. He reminded participants that the Secretariat-General for National Security and Defence’s primary role is to run and coordinate the government’s national security measures. “Terrorism and online criminality are the two greatest, most aggressive threats we need to deal with. We have made significant progress but it is obvious that there is always room to progress further, especially in terms of quantity with internal and external protection plans yet to be implemented everywhere. We are taking a proactive stance in this area, working closely with French Prefectures and Prefects in defence and security zones”.

Over the years the Milipol trademark has been proudly represented by Milipol Paris and Milipol Qatar. At present the Milipol network is growing with an Asia Pacific edition that completes the offer responding to a strong demand from the sector’s main actors. Milipol is taking over Global Security Asia, an exhibition created in 2005 and renamed Milipol Asia-Pacific. As a result, Milipol is establishing a wider scope in its domain by including a highly successful and reputable event.

Milipol is organised by COMEXPOSIUM. COMEXPOSIUM, 4th leading event organiser world-wide*, is involved in 114 events for the general public and professionals, covering 17 different sectors. The group welcomes 38,000 exhibitors every year, 40% of them are non-French; 3,5 million visitors, 350,000 of them come from abroad. COMEXPOSIUM organises 5 of the 10 biggest events held in France: SIAL, Foire de Paris, Intermat, SIMA and Paris International Agricultural Show. Customer satisfaction, innovation, growth and development and commitment to an eco-friendly approach are the key commitments of the COMEXPOSIUM Group’s products. Each event is a market leader, facilitating development, highlighting the sector and pre-empting market trends.