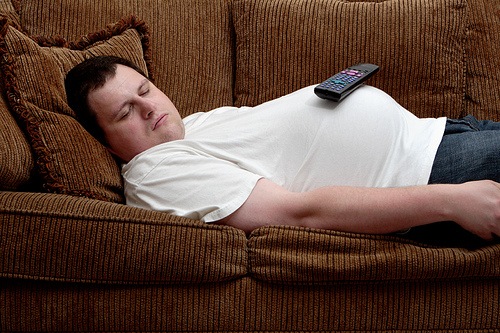 Sleep apnea is a disorder in which the airways become blocked and cause interruptions consecutive to inhaling for several seconds, usually the tongue prevents the passage of air and is needed to snore to wake up and breathe again; however, this does not mean that all the people who snore suffer this disorder.
A person with apnea and diabetes risk factors are likely to develop the condition, because the sleep disorder causes metabolic changes by increasing insulin resistance, the neurology specialists at the National Autonomous University of Mexico (UNAM), Rossana Huerta Albarran, said.
The specialist also mentioned that poor sleep causes weight gain because the brain sends signals that generate an increase in appetite and the need to consume carbohydrates, this raises cholesterol levels due to metabolic changes that the body generates. If to that one adds that obese people are prone to diabetes, apnea plays a fundamental role.
This sleep disorder can not only cause diabetes, is also responsible for the increase of cholesterol, triglycerides and hypertension.
People with this condition -suggested the specialist- should go to a Sleep Clinic, in order to obtain a correct diagnosis of the disease or prevent its development.
He added that the use of technology is a trigger to cause sleeplessness. “People, instead of sleeping, when they are already lying in bed, take the cell phone, or computer, which makes the brain lose the need to sleep because it reacts to light.”
It has been said many times that to sleep eight hours is appropriate; however, Rafael Santana, medical specialist at the Sleep Disorders Clinic of the UNAM, says that there is no fixed number of sleep hours, it depends on the age and needs of the body, for example an infant sleeps up to 16 hours a day, but for an adult it may be enough four or five hours. What matters is the quality of sleep.
It is recommended to measure the amount of hours that make one feel rested and respect that time, because what we do is to sleep as a last resort, only if we have the time, and tit should not be like this, sleep is essential to perform our activities, added Rafael Santana.
Sleep helps us to be alert, have a good mood, lose the need to nap during the day and avoid developing diseases caused by the lack of sleep.

Make the right call: when you could call 911 (and when you must not)

Facts, lies and tales about ebola