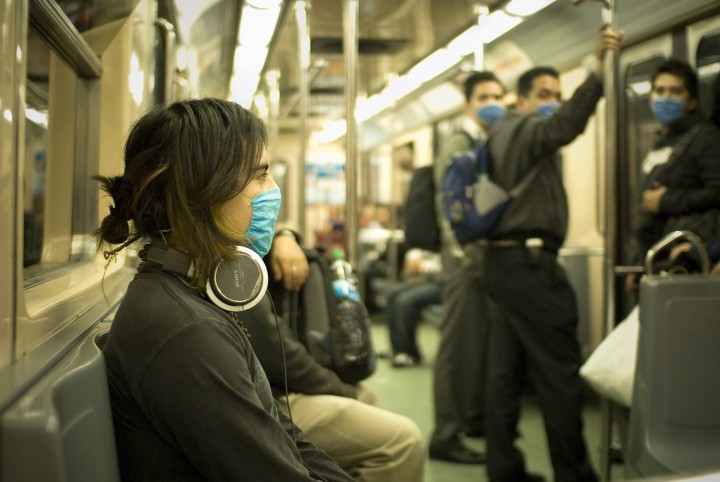 RUSSIA – Number of H1N1 flu cases has grown in St Petersburg, Russia’s second largest city, a local health official said on Monday. More than 500 people have been hospitalized with swine flu symptoms only to the city’s Botkin infection clinic since the beginning of the year, and 123 of them have influenza.

People who work with poultry and swine, especially those with intense exposures, are at increased risk of zoonotic infection with influenza virus endemic in these animals, and constitute a population of human hosts in which zoonosis and reassortment can co-occur. Vaccination of these workers against influenza and surveillance for new influenza strains among this population may therefore be an important public health measure. Transmission of influenza from swine to humans who work with swine was documented in a small surveillance study performed in 2004 at the University of Iowa. This study, among others, forms the basis of a recommendation that people whose jobs involve handling poultry and swine be the focus of increased public health surveillance. Other professions at particular risk of infection are veterinarians and meat processing workers, although the risk of infection for both of these groups is lower than that of farm workers.

“The number of swine flu cases is higher than before,” Tatiana Zasukhina said. According to preliminary reports, five people died from the virus. Earlier in January, a number of swine flu outbreaks were registered in Western Siberian cities. Swine flu is the popular name for influenza caused by a relatively new strain of influenza virus A. It was responsible for the flu pandemic in 2009. The virus is officially known as influenza virus A/H1N1. Swine flu is contagious, and it spreads in the same way as the seasonal flu.

Singapore - Man save a life getting CPR instructions over phone