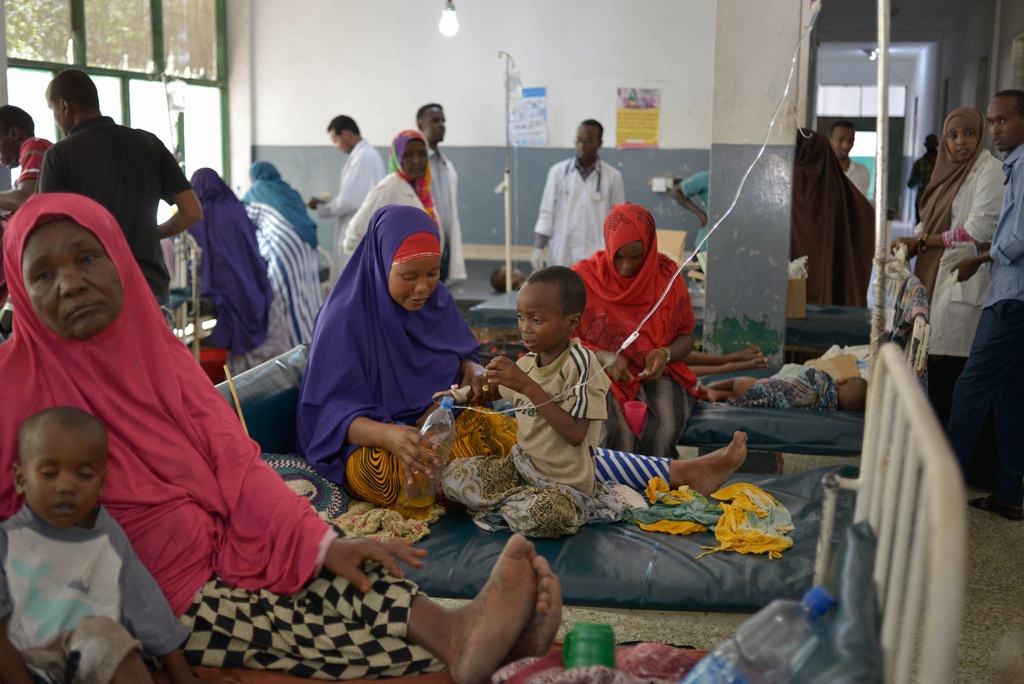 2 January 2018 – A senior United Nations official in Somalia expressed deep concern over reports of the unannounced destruction of settlements for internally displaced persons (IDPs) as well as humanitarian infrastructure in Mogadishu.

“I am deeply saddened to learn of evictions, without prior notice, of internally displaced persons, in Banadir region,” Peter de Clercq, the Secretary-General’s Deputy Special Representative for Somalia, said in a statement issued on Monday.

“Some of these displaced people have walked long distances from different parts of the country fleeing drought and conflict,” he continued, pointing out that on 29 and 30 December, over 23 IDP settlements, housing over 4,000 IDP households, were destroyed.

Mr. de Clercq, who is also UN Humanitarian Coordinator for Somalia, added that personal property and livelihoods have also been lost as people were not given time to collect their belongings before the destruction started.

“Families, including children, women and the elderly are now living in the open,” he underscored.

In addition to engaging with authorities to ensure a solution for the newly displaced people, humanitarians are mobilizing resources to provide life-saving assistance to the affected people.

“I am equally concerned that when everyone is seized of the agenda of improving the lives of Somalis, humanitarian and development installations are being senselessly destroyed, including schools, latrines, water points, sanitation centres, shelters and other related investments generously supported by donors,” said Mr. de Clercq.

Throughout Somalia, more than two million people are now displaced due to drought and conflict, including one million newly displaced in 2017 alone. These people constitute one-third of the 6.2 million people in need of humanitarian assistance.

“I call upon all parties to protect and assist all civilian people who have fled conflict and drought and that have already suffered so much. Humanitarians stand ready to cooperate with and support the authorities in this regard,” Mr. de Clercq stressed.

Malnutrition rates there are surging and have reached emergency levels in some locations, especially among internally displaced people. Displaced people lack access to food, shelter and basic services, and also face the most serious protection-related risks, such as physical attacks, gender-based violence and movement restrictions.