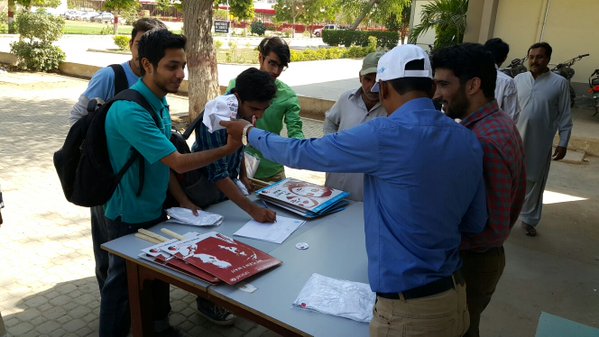 “The 2030 Agenda calls on us to renew our efforts in providing access to adequate sanitation worldwide. We must continue to educate and protect communities at risk, and to change cultural perceptions and long-standing practices that hinder the quest for dignity.” (Secretary-General Ban Ki-moon)

2.4 billion People do not have adequate sanitation. 1 billion people still defecate in the open. Poor sanitation increases the risk of disease and malnutrition, especially for women and children. Women and girls risk rape and abuse, because they have no toilet that offers privacy.

This year, World Toilet Day is focusing on the link between sanitation and nutrition, drawing the world’s attention to the importance of toilets in supporting better nutrition and improved health. Lack of access to clean drinking water and sanitation, along with the absence of good hygiene practices, are among the underlying causes of poor nutrition.

The aim of World Toilet Day is to raise awareness about the people in the world who don’t have access to a toilet, despite the fact that it is a human right to have clean water and sanitation.“

On this day people are encouraged to take action and help promote the idea that more needs to be done. You can host an exhibition, write a toilet song, host a dinner or draw a cartoon – anything that shows #wecantwaitany longer and that everyone worldwide must have access to a toilet.

Goal 6: Ensure access to water and sanitation for all

Clean, accessible water for all is an essential part of the world we want to live in. There is sufficient fresh water on the planet to achieve this. But due to bad economics or poor infrastructure, every year millions of people, most of them children, die from diseases associated with inadequate water supply, sanitation and hygiene.

The initiative builds on the strong commitment already made by UN Member States.  The “Sanitation for All’ Resolution (A/RES/67/291) was adopted by the United Nations General Assembly in July 2013, designating 19 November as World Toilet Day. The Day is coordinated by UN-Water in collaboration with Governments and relevant stakeholders.