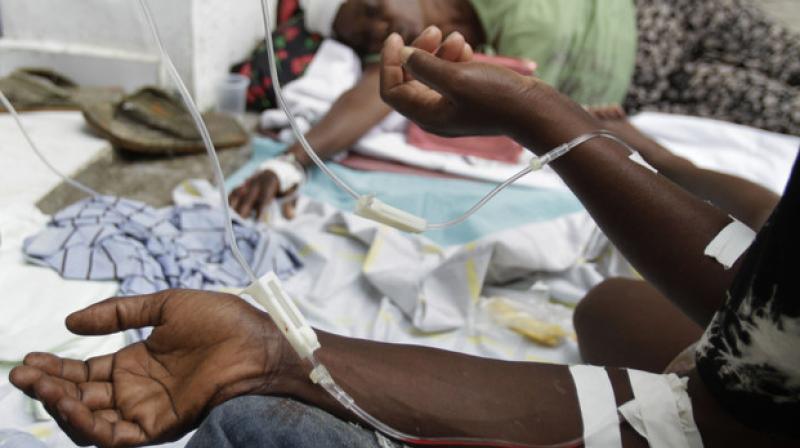 A cholera outbreak in Yemen has already been registered on October 2016 (ReliefWeb) and the Ministry of Public Health and Population (MoPHP) announced that a total of 11 out of 25 suspected diarrhea cases have been confirmed as cholera cases in Sana’a, the capital.

But the plague has not over yet.

The International Committee of the Red Cross (ICRC) reports that a 10-week cholera epidemic has now infected more than 300,000 people in Yemen. A health disaster on top of war, economic collapse and near-famine in the impoverished country.

This is a terrifying and even more tragic if we think that the 41% of people infected are children, the Wolrd Health Organization said. As Gli Occhi della Guerra reports, deads are already 1600 and the data are about to increase. Healthcare system is about to collapse: hospitals are without any instrument to face the epidemic, antibiotics fall short and so do the basic instruments to contain the situation.

Taking a look then to Yemen geographical position, we understand that people has no way to escape from the disaster. Many of them leave to reach Somalia by sea.

U.N. has stepped in with “incentive” payments to involve around 30,000 healthworkers in an emergency campaign to fight the disease. The WHO based its response on a network of rehydration points and the remnants of Yemen’s shattered health system, has succeeded in catching the disease early and keeping the death rate from the disease low, at 0.6 percent of cases.

It is not clear how people could be affected, yet. At the beginning of the outbreak, the WHO reported there could be 300,000 cases within six months. However, the daily number of new cases has risen from an average of about 6,500 to about 7,200, according to a Reuters analysis of WHO data.

"Do No Harm" - Video project for the awareness about doctors suicide