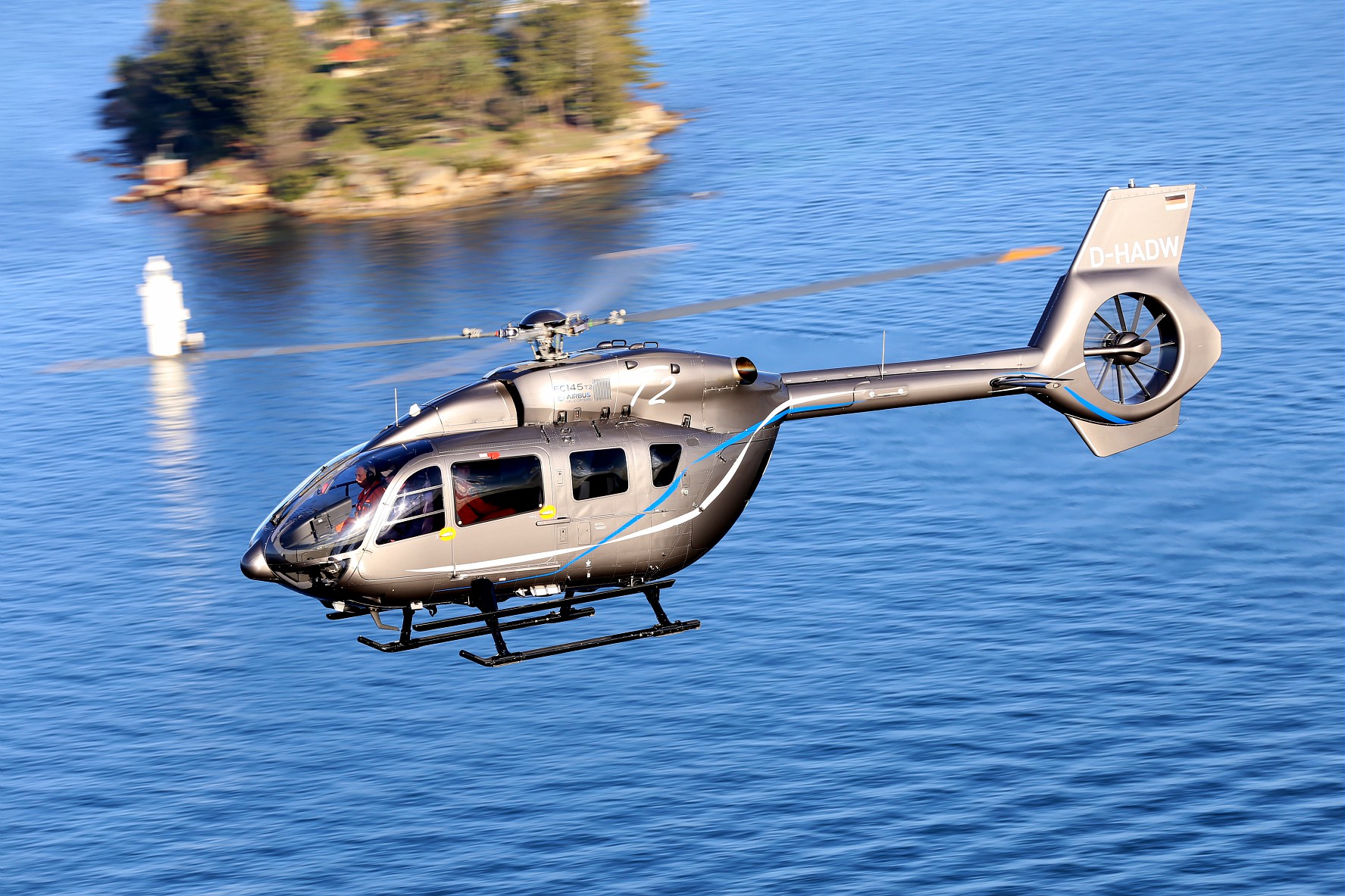 Paris, France, 25 January 2016 – Capitalising on its transformation plan that has put the company’s priorities on customer satisfaction, quality and safety, and competitiveness, Airbus Helicopters focused its efforts in 2015 on executing its strategic roadmap and meeting its targets against a challenging market backdrop and delays in the key military campaigns.

During 2015, Airbus Helicopters delivered 395 rotorcraft from the company’s civil, parapublic and military product lines, strengthening its leading position on the civil & parapublic market while maintaining its share of the worldwide military market. Meanwhile, the company booked 383 orders – adjusted to 333 due to contract amendments for governmental NH90 and Tiger helicopters – with a strong performance of the new-generation medium H175. Demand remained steady for the H135 and H145 family of light twin helicopters, with bookings levels exceeding the company’s targets for 2015.

“We are now harvesting the fruit of our strategic transformation plan that puts us in the best position to operate successfully despite a challenging market environment”, said Guillaume Faury, President and CEO of Airbus Helicopters. “Our focus on customer satisfaction, quality and safety, as well as competitiveness has produced tangible results on our journey to go from the biggest to the best and to become the benchmark of the helicopter industry”, he added.

Highlights of last year include a strong commercial performance of the 7-ton H175 with 36 units booked, exceeding the company’s objectives for 2015. The gross order book of the H175 is now up to 101 units after being endorsed last year by several key oil & gas operators despite the low price of the barrel impacting them. Operated by NHV since December 2014, the H175 has achieved 2000 flight hours with a high level of availability thanks to the work done to improve maturity at entry into service. A first order for the public services variant was also placed in 2015 by Hong Kong operator GFS.

“The focus on our customers is resonating well with them as external surveys are now placing Airbus Helicopters in second position for customer satisfaction” explained Guillaume Faury. “In 2016 we will maintain our efforts to implement improvements for the benefit of our customers, and providing them with high-performing and reliable aircraft for their demanding missions,” Faury explained. “In this challenging environment, we are also preparing the future – the H Generation – embodied by the H160 and the X6,” he added.

In 2015, Airbus Helicopters successfully launched the flight-test phase of the new H160 medium helicopter, the first member of the “H Generation”. A second prototype joined the flight-test campaign in 2016, a year that will also see the launch of the H160 commercialization. In 2015, Airbus Helicopters also delivered the first H145M to the German armed forces, only two years after the contract was awarded for the development of this new, militarized version of the leading H145 helicopter. At the Helitech exhibition in London, the company also announced an upgrade of the H135 equipped with the Helionix digital avionics suite developed by Airbus Helicopters and providing increased safety and reduced pilot workload.

Major achievements in the field of safety during 2015, with the leading-edge H225 at the forefront of the developments, are the full implementation of the Flight Crew Operating Manual (FCOM) – a document outlining best practices and recommendations for oil and gas missions — by North Sea operators in 2015 and the certification of Rig ‘N Fly, an advanced avionics solution for “one-touch” approaches to oil rigs.

Last year was also an important one for Airbus Helicopters on the international stage, expanding its partnerships and international footprint. The company was selected by Korean Aerospace Industries as a strategic partner in the LCH-LAH development, ten years after the two companies partnered for the development of the Surion. This will bring an evolution of the H155 to the market in civil and military applications with several hundred units to be produced.

A new partnership was also signed with the aim to assemble 100 H135s in China and to strengthen Airbus Helicopters’ position in-country, where the company already has a civil market share of 40%. In November, the heavyweight H215 was introduced along with a new industrial model and an expanded strategic partnership with Romania aiming at providing a modern and cost-effective solution for markets such as utility, peacekeeping operations and logistic support missions. Meanwhile, the US Army confirmed its endorsement for the locally-assembled UH-72 Lakota by ordering an additional 53 aircraft this year, bringing the total to more than 400 helicopters on order. This program has been recognized as a benchmark in terms of on-time, on-cost and on-quality delivery.

In the customer service domain, Airbus Helicopters launched HCare at Heli-Expo last March as the industry’s most comprehensive coverage emphasizing the company’s commitment to keep its customers flying, anytime, anywhere. Since then, the company started operations with its 24/7, 365 days a year technical hotline to provide non-stop support to all customers. Airbus Helicopters also won emblematic support contracts such as the seven-year comprehensive co-operative support and services agreement for the German Air Force’s fleet of 15 H145M helicopters and the 5 year-year global service solution for the 50 EC145 fleet for the Gendarmerie Nationale and Sécurité Civile.

This year will be another year of transformation for Airbus Helicopters as the company will be modernizing its industrial capabilities. The Marignane Development Centre, designed to support innovation and future programs, will be inaugurated this year along with the new centre of excellence for blade production “Paris-Le-Bourget”. An all new automated final assembly line for the H160 will also be inaugurated second half of this year.

Airbus Helicopters is a division of Airbus Group. The company provides the most efficient civil and military helicopter solutions to its customers who serve, protect, save lives and safely carry passengers in highly demanding environments. Flying more than 3 million flight hours per year, the company’s in-service fleet includes some 12,000 helicopters operated by more than 3,000 customers in 152 countries. Airbus Helicopters employs more than 23,000 people worldwide and in 2014 generated revenues of 6.5 billion Euros. In line with the company’s new identity, fully integrated into Airbus Group, Airbus Helicopters has renamed its product range replacing the former “EC” designation with an “H”.