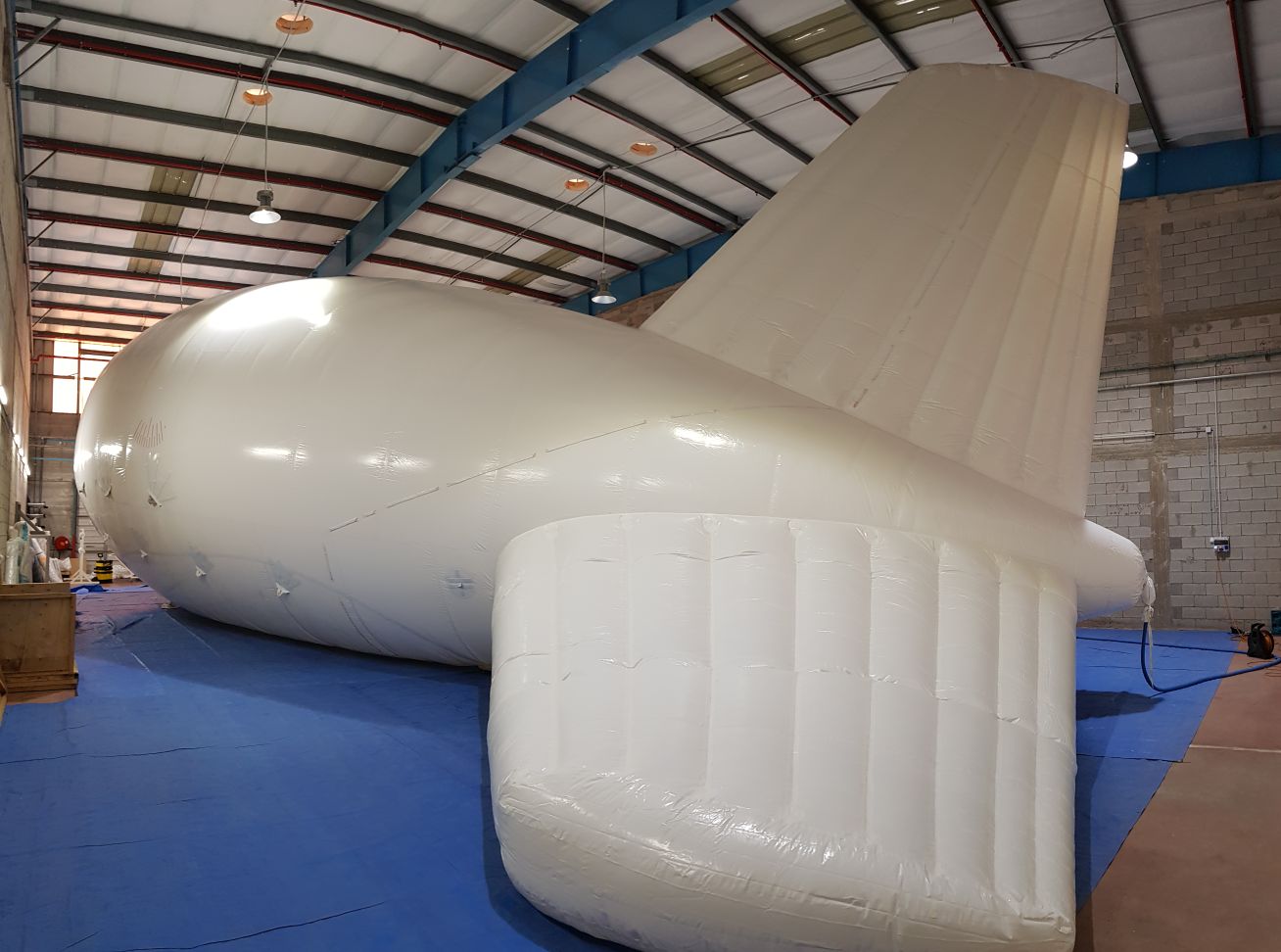 SkyGuard1 is a large aerostat in a Blimp shape, which can carry payloads of up to 90 kg and reach altitudes of up to 1,000 meters

Aero-T, a subsidiary of RT LTA, the Israeli based aerostat company which develop and manufacture the SkyStar™ family of tactical Aerostats, announces it has completed the development and production of a first SkyGuard1 aerostat system. All the system components were successfully tested as part of final examinations of the aerostat before deployment in the air.

The SkyGuard1 has an ability to carry payloads of up to 90 KG weight, operational elevation of up to 3,000 feet (1,000 meters) and long endurance ability. Taken together, these abilities allow the aerostat to operate continuously for at 14 days.

The development of the SkyGuard1 also included a ground station for the deployment of the aerostat. The ground station is also developed and produced in-house, following RT’s one-stop-shop policy. The manufacturing of the SkyGuard1 as well as the system’s examination takes place in RT and Aero-T’s production line in Katzrin, in the north of Israel.

Rami Shmueli, Aero-T and RT’s CEO: “After an extensive process of design and development, this successful testing of the SkyGuard1 brings us one step closer to the deployment of the aerostat in the air. The SkyGuard1 opens up a whole new world of possibilities in the aerostat market, as it can operate continuously in high attitudes for 14 days, in a very cost-effective way while carrying multiple surveillance sensors. Aero-T offers proven solutions for different weather conditions, as well as the experience of fielding such systems all over the world from very hot deserts to high mountains”.

Established in 2016, Aero-T is a subsidiary of RT LTA, the Israeli based designer, developer, and manufacturer of the tactical Aerostat family SkyStar™. Aero-T specializes in the development and manufacture of large aerostats. Aero-T’s first family of large aerostat is the SkyGuard family. This aerostat family is based on the proven technologies developed and operated during 25 years of experience by RT LTA.

RT LTA Systems Ltd. is a world-class designer, developer, and manufacturer of the SkyStar ™ family of aerostats for use in intelligence, surveillance, reconnaissance, and communications applications. SkyStar is a self-contained, versatile, easily transportable, cost-effective tactical system comprised of a ground control station, a ground system module, a tether, a lighter-than-air platform, a stabilized payload platform, and a sensor suite.

RT LTA was chosen as one of the 5 most influential companies in the field of aerostats, according to the Market and Markets survey. The SkyStar systems already accomplished more than 1 million operational hours worldwide, and are currently operational in various military and civilian missions in many different countries.

RT LTA Systems was established by former military intelligence and current CEO Rami Shmueli, Who served as the head of the aerostats department in the IDF. The company headquarters and production lines are based in Yavne, Israel, and its American subsidiary company, RT Aerostat Systems, is located in Texas. RT’s second subsidiary, Aero-T, was established in 2016. Aero-T specializes in the development and manufacture of large aerostats.