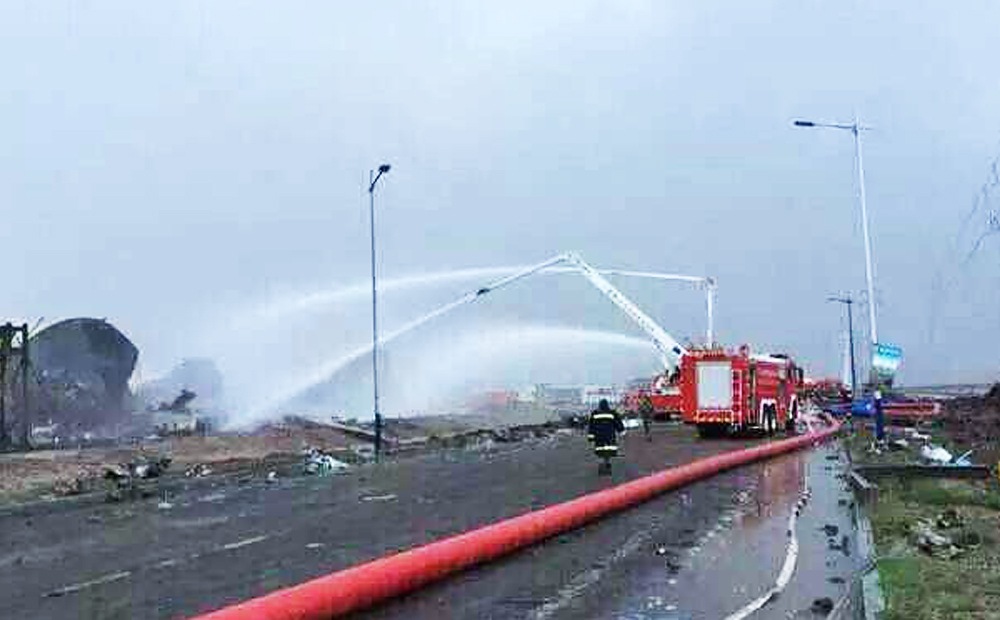 An explosion shook a chemical plant in the Chinese province of Zhejiang, state media said on Monday, though there were no immediate reports of casualties in a country on edge after blasts killed more than 160 people last month.

The blast caused a fire and thick smoke to bellow from the plant in Lishui city shortly before midnight, state radio said on its official Weibo microblog.

Firefighters were on the scene and there were no immediate reports of casualties.

Chemical plant blasts are relatively common in China. At least five people died in an explosion at one in Shandong province last week.

On Aug. 12, explosions at a warehouse storing dangerous chemicals devastated an industrial park in the port city of Tianjin, killing more than 160 people.

Tianjin mayor Huang Xingguo said the city would step up controls on hazardous chemicals companies, according to media reports on Monday.

Reviewing new rules on the sector at a weekend meeting, Huang said priority would be given to strict standards on the hazardous chemicals business to “better protect people’s lives and property”, the Caixin news magazine reported.

The latest incident in Lishui will likely raise more questions about safety standards in China, where industrial accidents are all too common following three decades of fast economic growth. A blast at an auto-parts factory killed 75 people a year ago.

UNHCR: "Thanks to the europeans who help refugees and migrants"

How to prevent wildfires? The Australian Guidelines for burning vegetation