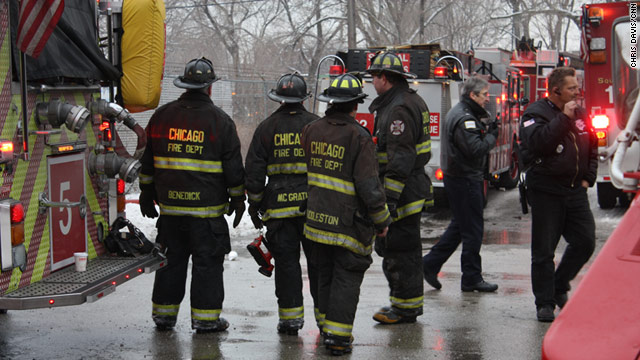 Fire Commissioner Jose Santiago confirmed Monday morning that Daniel Capuano, 42, died after falling from the second floor of a warehouse in the 9200-block of South Baltimore Avenue

Crews responded to a fire at the three-story structure around 2:40 a.m. Monday. There was heavy smoke through the second floor as firefighters searched for the seat of the blaze.

Santiago said when firefighters noticed holes in the floor, an emergency alert to take care was sent out. The commissioner said during the search, Capuano fell through an elevator shaft from the second floor to the basement.

Santiago said a “mayday” call, signaling a firefighter in distress, was sent out around 2:56 a.m. Capuano was found a short time later.

First responders performed CPR at the scene and rushed him to Advocate Christ Medical Center. He was pronounced dead at 4:25 a.m.

Capuano was a 15-year veteran of the Chicago Fire Department. He was a firefighter/paramedic assigned to Tower Ladder 34. He previously worked as a firefighter in south suburban Evergreen Park. He is survived by his wife and three children.

“We hope you can keep the Capuano family in your prayers and the department members who worked with him,” Santiago said. “This is devastating to the family.”

The fire was extinguished by around 3:45 a.m. There were no other reports of injuries.

The cause of the blaze is under investigation.
SOURCE: ABC7