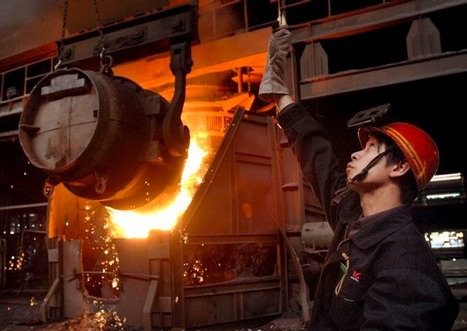 The leak occurred late Saturday and poisoned 17 people, five of whom died immediately, the Zouping County government said on its official microblog. It said five more died early Sunday, and the cause of the leak was under investigation.

Satellite images show the factory next to warehouses and low-rise residential homes in a village about 60 kilometers (40 miles) east of Jinan, the Shandong provincial capital.

The deadly leak comes amid heightened sensitivity toward work safety in China, where authorities are under pressure to shore up safety practices and regulations after a huge chemical blast in Tianjin killed at least 140 people and left a swath of the port city in smoldering ruins.

Investigators found the Tianjin warehouse company was neither equipped to handle its volume of dangerous chemicals — nor permitted to store them so close to residential tower blocks.

In the aftermath of the August 12 explosion, top government leaders called for shoring up safety regulations and conducting nationwide inspections, but a string of deadly accidents across China has continued to mar the country’s work safety record.

Since the beginning of September, China Labour Bulletin, a Hong Kong-based non-profit, tracked more than 100 separate incidents of fatal work accidents, including a chemical plant blast in Shandong province that killed 13 and injured 25.

Also on Monday, a court in the coastal city of Qingdao, Shandong’s largest city, sentenced eight executives at the petroleum giant Sinopec and six former local officials to prison terms of up to eight years in connection to a 2013 pipeline explosion in that coast city that killed 63 people.

When to stop resuscitation