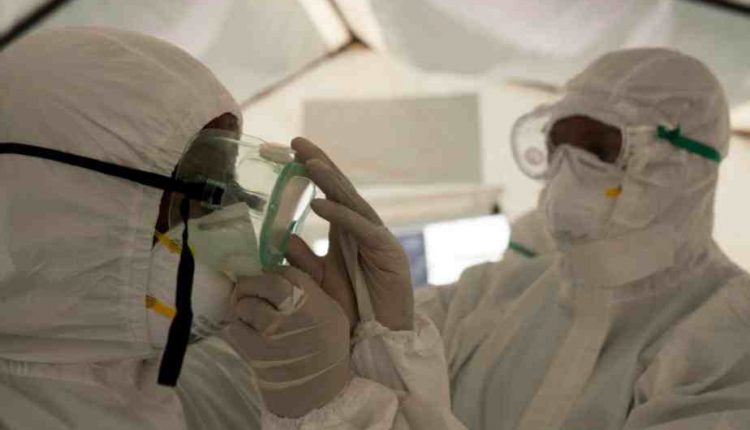 One of the issues of greatest concern about SARS-CoV-2, is that the coronavirus could spread in a continent already plagued by other problems: Africa.

But let’s start from a data about the coronavirus: currently (sources from the WHO and from the Italian Civil Protection) a continent that has 1.2 billion inhabitants, Africa, has fewer individuals positive to the SARS-CoV-2 of the Lazio region, not even 6 million inhabitants: 728 against 741.

Coronavirus in Africa: reasons for the concern

It was March 6 of this year, exactly two weeks ago, when the Democratic Republic of Congo announced satisfied that the last Ebola patient has been cured. Not even the time to rejoice, compared to a battle that has seen thousands of innocent deaths.

In this perspective, the alarmed words of Don Dante Carraro, director of CUAMM Doctors with Africa are easily understandable about SARS-CoV-2: “In Africa there are no intensive care units- he told the media – and no resuscitation dedicated units, neither so many anesthesiologists. The specific exams are literally useless because there are very few laboratories, only one for each individual capital and some are without them: if the infection from Coronavirus might spread, it would be a massacre “.

Now he is in Italy and for the moment he does not return in Africa, for the fear of infect people. He knows Africa pretty well: besides being a priest, he is a cardiologist who lives in Africa for 26 years, and he spends within an active NGO, with its 23 hospitals, in South Sudan, Ethiopia, Central African Republic, Uganda, Tanzania, Mozambique, Angola. So indecisive areas, in terms of commitment.

The reasons for concern are therefore attributable to the ability to “endure” a pandemic, rather than to a real outbreak in progress: for the 1.2 billion people mentioned above, the misery of 270 beds available are available divided between 54 African countries.

SARS-CoV-2 in Africa, the reasons for hope

These are essentially linked to an unusual “history” of coronavirus, which was not born and did not develop, made precisely for the unusual, in the most remote and poor corners of the earth, but in the most visible and rich ones.

This data has allowed African governments, not always dominated by the concept of democracy (despite the name), to organize themselves, also favoured by a relative lack of infrastructure: in many countries of central Africa, and beyond, there is no railway system, and the access routes to a country are defined by very few motorways. So it happens that, having checked the airports (often present only in the capital) and the highway accesses, the most is done.

SARS-CoV-2, the problem is the modern countries: our indifference, our ignorance

The big problem on the African continent, once again, is western indifference. It is us, in other words. The ones who brought the coronavirus in Africa (patient zero), were European or Chinese economic or social operators. To much lesser extent students and workers returning to the mother country.

In Burundi, the case of the Italian entrepreneur came from Naples is rather well known. He has been found positive to the exam of coronavirus and, the most serious matter is that he was well aware of it.

He took a plane to Africa, peaceful and amazed by the opposition of the local authorities, in Bujumbura. For our very stupid compatriot, it was absolutely normal to bring the infection to that country without anyone having to complain. He is now in quarantine, in a well-known hotel on the shores of Lake Tanganyika.

And the list of similar anecdotes could multiply, expanding to China. The original nation of SARS-CoV-2 has had powerful economic interests in Africa for at least a decade, and therefore many economic operators. The sensitivity of Chinese companies will also depend on a possible mass contagion in Africa.

Coronavirus in Africa, a look to the future

What degree of invasiveness will coronavirus have in Africa? It is difficult to say. The fact that most of the 728 cases are concentrated in high Western countries (Egypt 210, South Africa 150, Algeria 82) suggests that possible mass extermination from coronavirus depends on the degree of social awareness shown by those who are not African that is, we Westerners. Also due to the presence, in the north, of a sort of “natural cordon sanitaire” represented by the Sahara desert.

Which tears a bitter laugh, if we consider the tones and contents of the messages of xenophobic politics in various countries, including Italy, in terms of migration, for ten years here.

Compared to SARS-CoV-2, Africa is more or less like an immunosuppressed patient in good general health, and we are a visiting and contagious relative who decides, knowingly and for obscure reasons, to smear a handkerchief in his face just used.

If Africa becomes massively ill with the coronavirus, it will be essential for this reason.

SARS-CoV-2, the report of coronavirus infection continent by continent