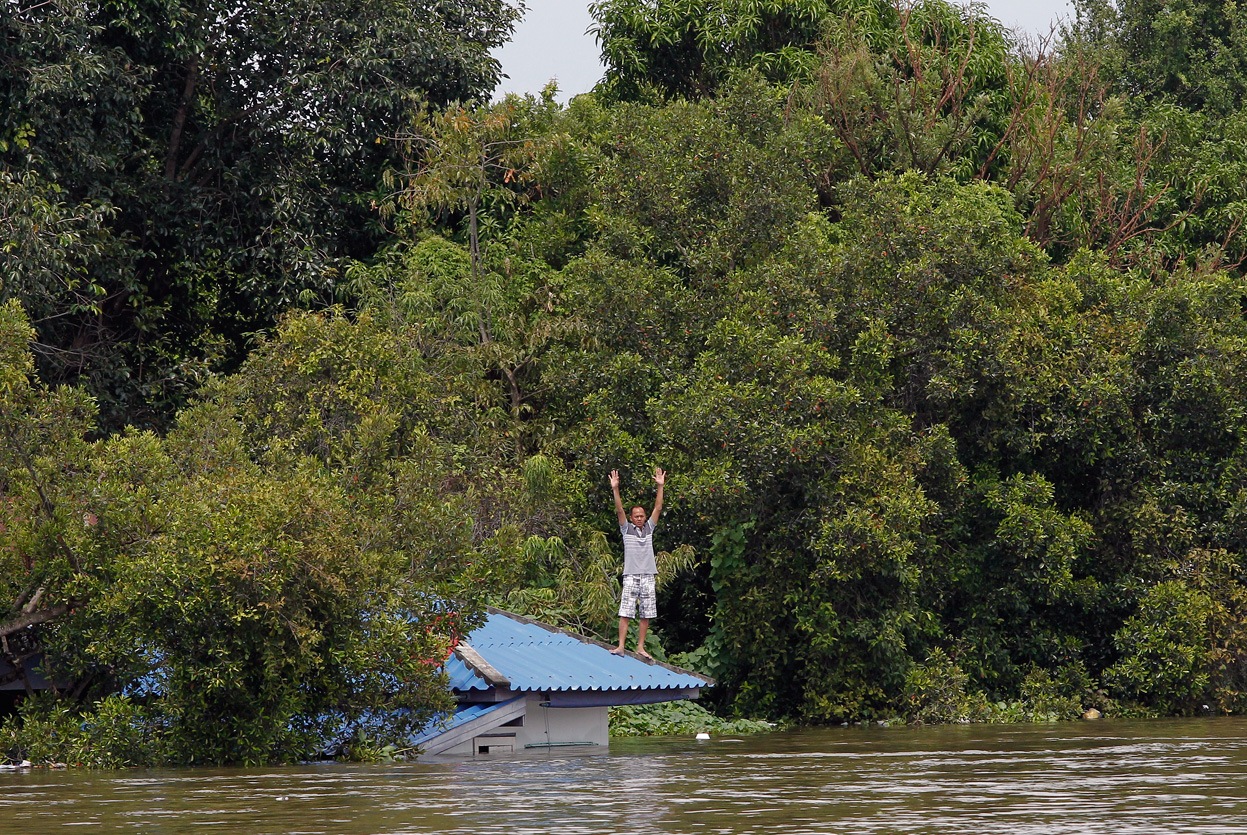 SANTA ANA, Calif. (AP) — While drought-plagued California is eager for rain, the forecast of a potentially Godzilla-like El Nino event has communities clearing out debris basins, urging residents to stock up on emergency supplies and even talking about how a deluge could affect the 50th Super Bowl. Roofers, on the other hand, are reveling in the uptick in business as homeowners ready for the prospect of downpours after four years of dry weather.

In San Francisco, officials are discussing how to contend with possible street closures if there is extensive rain or street flooding during the Super Bowl in February. “As we move forward with Super Bowl planning, this is one of the things we’ve put out to various departments and entities,” said Rob Dudgeon, deputy director of San Francisco’s department of emergency management. “What if it has been raining really hard? What if it has been raining three or four days?”

In a state known for striking mountain landscapes and dramatic seaside cliffs, Californians are used to preparing for natural disasters ranging from treacherous wildfires and earthquakes to devastating floods and landslides.

Often, the state’s residents must be ready for more than one potential calamity at a time. Right now, firefighters are battling blazes during the state’s wildfire season but also getting ready for the prospect of wet winter months ahead.

Federal meteorologists recently said the El Nino event is already the second strongest on record for this time of year. While the warming of Pacific Ocean waters tends to bring heavy winter rain to California and much of the southern and eastern U.S., California’s state climatologist noted only half the time when there have been big El Ninos has there been meaningful, heavy rains.

California would need 1 ½ times its normal rainfall to get out of the extended drought, which is unlikely, according to Mike Halpert, deputy director of the National Oceanic Atmospheric Administration’s Climate Prediction Center.

Emergency planners said the prolonged dry conditions across the state could lead to more debris, fallen trees and flooding during early rains.

“The potential for flooding is a very definite possibility with strong storms after a drought,” said Tammy Dunbar, emergency planning coordinator for Santa Clara County.

In Los Angeles County, workers have been clearing basins and channels to prevent flooding and capture as much storm water as possible to replenish local water supplies, said Bob Spencer, a spokesman for the county’s public works department.

In some places, residents are heeding the call to get prepared. In Palm Springs, where it rarely rains, homeowners have been getting their roofs checked and gutters cleared, said Rob Winkle, operations manager at Western Pacific Roofing.

“They want someone to come out and tell them everything is going to be OK,” said Winkle, who said the company is fielding 20 percent more calls than usual from worried residents.

But since the media began reporting on the potential for an El Nino that a NASA oceanographer compared to Godzilla, Jewett said his Culver City-based company has seen a four-fold increase in calls and has a two week wait for evaluations.

“They are like a beehive that is all stirred up,” Jewett said. “This is the busiest we have ever been.”

Philippines: Millions was damaged in agriculture due to typhoon Ineng