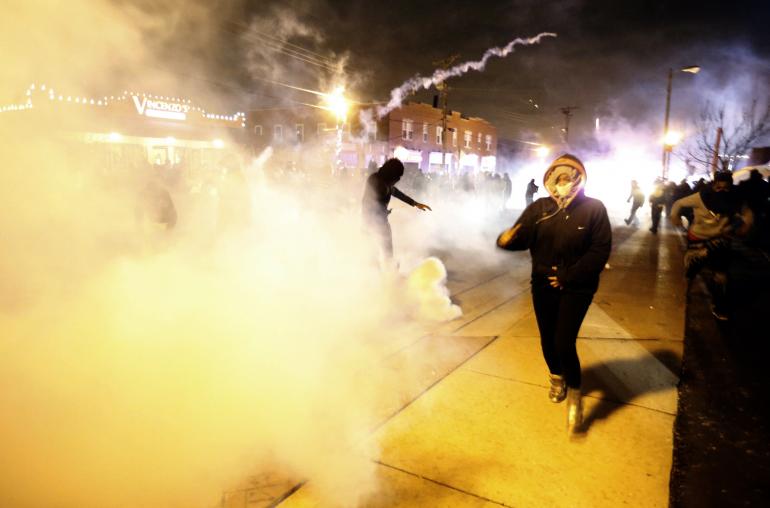 Riots start in Ferguson and in other cities, as New York, after a St. Louis County grand jury declined to indict officer Darren Wilson, 28, for firing six shots in an August confrontation that killed 18-year-old Michael Brown. The situation quickly and violently escalated, increasing the chances for violent confrontation,. As reported by InternationaBusiness Times, it was not clear why the St. Louis prosecutors office chose to announce such predictably polarizing news after dark.

USA TODAY – In Washington, President Obama appeared before TV cameras. “We need to accept that this decision was the grand jury’s to make,” he said in calling for peaceful protests. But Obama said the Ferguson case “speaks to broader challenges that we still face as a nation.” Prosecutor McCulloch made the announcement in an unusual nighttime presentation in a courtroom. He spoke at length about media coverage of the case and what he called the unreliability of eyewitness accounts. He said the grand jury weighed evidence and testimony before concluding there was no probable cause to indict the officer. “The duty of the grand jury is to separate fact from fiction,” McCulloch said. He said prosecuting attorneys presented five potential indictments to the grand jury, and all were rejected.

ASSOCIATED PRESS – A crowd gathered in Ferguson erupted in anger, throwing things at police and knocking down a barricade as a county prosecutor announced that police Officer Darren Wilson will not face charges in the shooting death of 18-year-old Michael Brown. As St. Louis County prosecutor Bob McCulloch read his statement on the decision Monday night, a crowd gathered around a car from which his news conference was being broadcast on a stereo. Brown’s mother, Lesley McSpadden, sat atop the vehicle. When the decision was announced, McSpadden burst into tears and began screaming before being whisked away by supporters. The crowd converged on a barricade where police in riot gear stood along the street. They pushed the barricade down and began pelting police with items, including a bullhorn. Officers stood their ground.