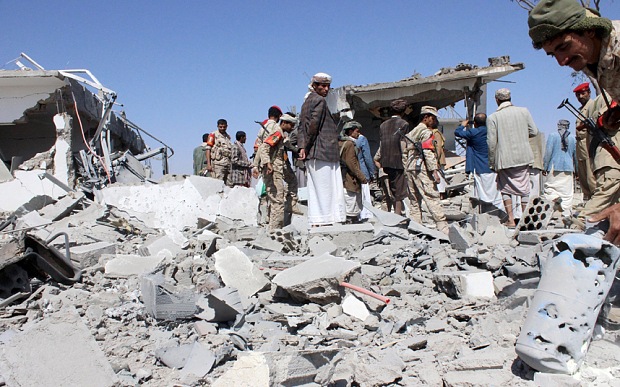 Country: Yemen
Since late March, restrictions on imports by the Saudi-led coalition have reduced the amount of fuel in Yemen to only 20 per cent of what is needed.

Lack of fuel in Yemen caused by the continuing conflict and restrictions of imports could ultimately be responsible for even more deaths than the fighting in the country, Oxfam warned today.

Fuel shortages have hit water supplies, food deliveries and health services for the 84 per cent of Yemenis in need of aid, the international agency said.

Since late March, restrictions on imports by the Saudi-led coalition have reduced the amount of fuel in Yemen to only 20 per cent of what is needed. Supplies of food and medicine have been intermittently allowed into Yemen, but they are insufficient to address the scale of the crisis. Too often supplies remain stuck in warehouses and ports due to the lack of fuel, and ground fighting is hindering the distribution of food and fuel to communities in need.

Philippe Clerc, Oxfam Country Director in Yemen said: “In Yemen, fuel is critical. Without adequate supplies of it, water pumps no longer operate, and the limited quantities of food and medicine in Yemen’s main ports and warehouses spoil, as they can’t be transported to the 21 million people in need of aid.”

Despite the announcement of a 6-day humanitarian pause beginning last Friday, ground fighting is ongoing and the Saudi-led coalition is still restricting imports into the country.

Clerc added: “After more than 100 days of fighting, people in Yemen need a sustained flow of supplies into the country, and a permanent ceasefire to allow fuel and other supplies to be moved around, otherwise, many more people will die unnecessarily. Without urgent action, shortages could kill more people than bullets or bombs.”

Due to the fuel shortages, water authorities are unable to pump clean water, and 20 million people – 80 per cent of the population – are now in need of safe water, while food supplies have been cut further. 10 million Yemenis were already struggling to get enough to eat before the crisis began in late March.

As a result, at least 1.8 million children are now at risk of diarrhoea, and nearly 400,000 children could become severely malnourished.

At least 120,000 children could die if not provided with clean water, adequate care and nutrition, according to World Health Organization data.

At least 500 pregnant women will face an increased risk of dying during childbirth, as shortage of fuel means that hospitals and maternity wards are shut due to lack of power, clean water and medical supplies.

In areas where Oxfam operates, staff report that fuel prices have quadrupled, and the price of wheat has risen by as much as 400 times as commodities become scarce and the costs of transporting them inland, processing and storing them spiral. The cost of staple food items is now well beyond the reach of millions of Yemenis. Many have received no income for the third month in a row as most banks and post offices remain closed.

The violence has killed almost 1,500 civilians so far, and forced more than 1.2 million people to leave their homes. In Taiz, Aden, Lahj and other cities, lack of fuel means that millions cannot flee to safety and they are trapped on the frontlines in a health disaster zone.

Clerc added: “People in Yemen are suffering the catastrophic combination of warplanes above, fighting on the ground, and a blockade all around. The country urgently needs a permanent ceasefire and a lifting of restrictions on imports. Otherwise, this ever deepening, man-made and totally avoidable humanitarian crisis will drain the country of the few resources it has and push people to the edge.”

The median under-five case-fatality rate for severe acute malnutrition typically ranges from 30 per cent to 50 per cent http://bit.ly/1DdWSBX

from ReliefWeb Headlines http://bit.ly/1DdWTGd
via IFTTT

Basic understanding of the pulse oximeter