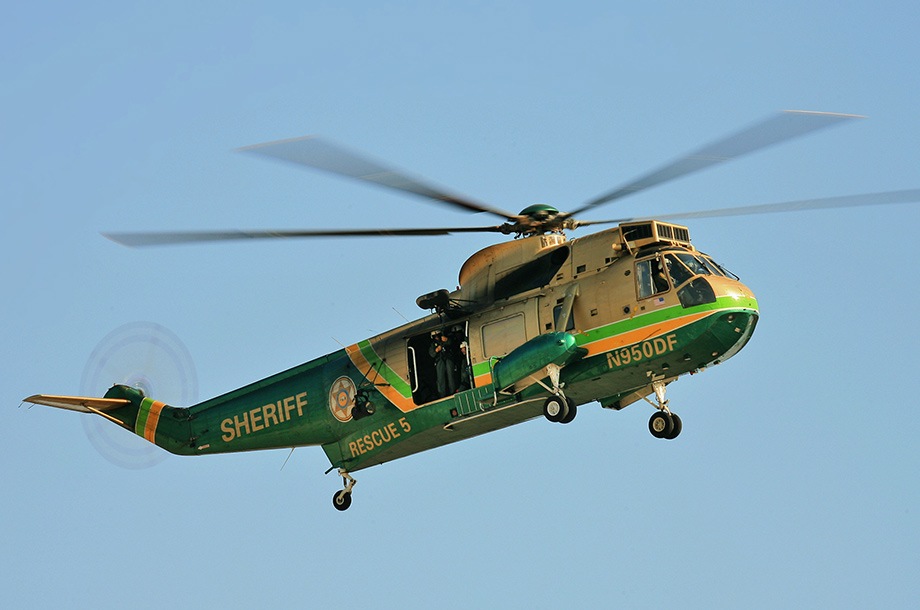 “These rescues involved everything from missing hikers, motorcycle crashes over the sides of highways, cliff rescues, and even dog rescues,” said LASD officials. “2014 even saw Search and Rescue teams assist the Los Angeles County Museum of Natural History ‘rescue’ a 14 million year-old fossil.”From 14 million year old fossils to lost pets and residents, 2014 was a record year for Search and Rescue teams, LASD officials said Wednesday.
In 2013, totals were 491 rescues, representing almost a 20 percent increase for 2014, according to a news release. This increase can be attributed in part to social media and the posting of extreme videos, showing hikers performing high-risk outdoor adventures.

If you plan on going hiking, go out prepared, even if it’s just a day hike, said Dave Christianson, the reserve captain in charge of the Santa Clarita Valley search and rescue team.
“Bring snacks, water, and even a light jacket,” Christianson said, “and always have a cell phone.”
Due to team members’ high skill level, they are also requested to assist other counties throughout the state; from the desert to the high Sierras, according to a news release. Search and Rescue Team members regularly deploy in all kinds of environments from snowstorms to blazing heat, from sea level to 14,000 feet, even at the bottom of mine shafts, at any time of day or night.
“Hundreds of rescues and thousands of donated hours, all at no cost to the taxpayers,” said LASD officials.
The biggest search and rescue of 2014 was at Towsley Canyon, Christianson said. It was a two day search, and the lost hiker was located and airlifted out to safety.

The Los Angeles County Sheriff’s SAR program consists of eight teams throughout Los Angeles County with 170 Reserve Sheriff’s deputies and civilian volunteers who donate their time performing these life-saving rescues, according to a news release. They are available 24/7 and respond at a moment’s notice.

“The teams are skilled mountaineers, and are all Emergency Medical Technicians, providing the highest level of care to anyone injured in the forest,” said LASD officials.
From 14 million year old fossils to lost pets and residents, 2014 was a record year for Search and Rescue teams, LASD officials said Wednesday.SAR Teams perform these rescues frequently in partnership with LASD Air 5 Rescue helicopter, according to a news release. This combination of the full-time paid air rescue crew combined with the SAR Teams on the ground make the LASD mountain rescue program the most highly trained and proficient in the country.
If you find yourself lost, call 911, stay in one place, Christianson said.
“Don’t wander around, Christianson said, “stay put and we will come find you.”

Ebola update: How does MSF care for patients suffering in Africa?

Social Media and Critical Care, prepare for SMACC 2015: How to be a Hero