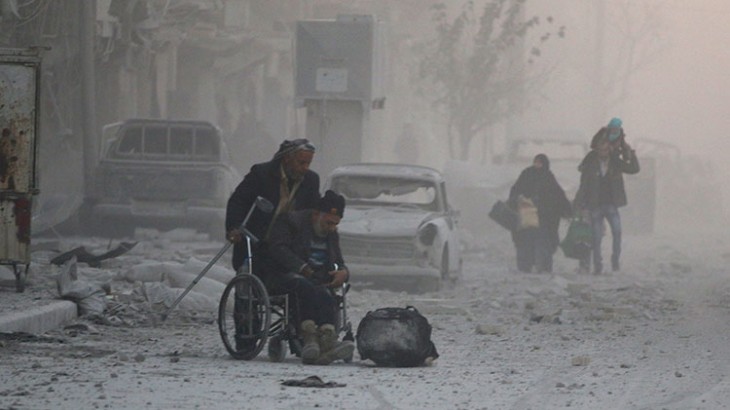 Thousands of civilians’ lives are in danger as frontlines close in around them in eastern Aleppo. As the battle reaches new peaks and the area is plunged into chaos, thousands with no part in the violence have literally nowhere safe to run.

A deepening humanitarian catastrophe and further loss of life can be averted only if the basic rules of warfare – and of humanity – are applied.

We urge the parties to consider the fate of civilians trapped by the ongoing fighting and do their utmost to spare and protect them. This may be the last chance to save lives.

For more than a week, the International Committee of the Red Cross (ICRC) has been in touch with all sides to find a humanitarian solution that could prevent further human suffering.

These efforts have so far failed to yield results, and time is running out.

For the sake of civilians, the ICRC and the Syrian Arab Red Crescent (SARC) remain committed to act as a neutral and impartial humanitarian intermediary.

“In order for this to happen, we appeal to the parties to put humanity ahead of military objectives”, said ICRC’s Head of Delegation in Syria, Marianne Gasser, currently in Aleppo. “We stand ready to oversee the implementation of any mutual agreement that puts civilians first. We cannot urge this strongly enough: this must happen now.”