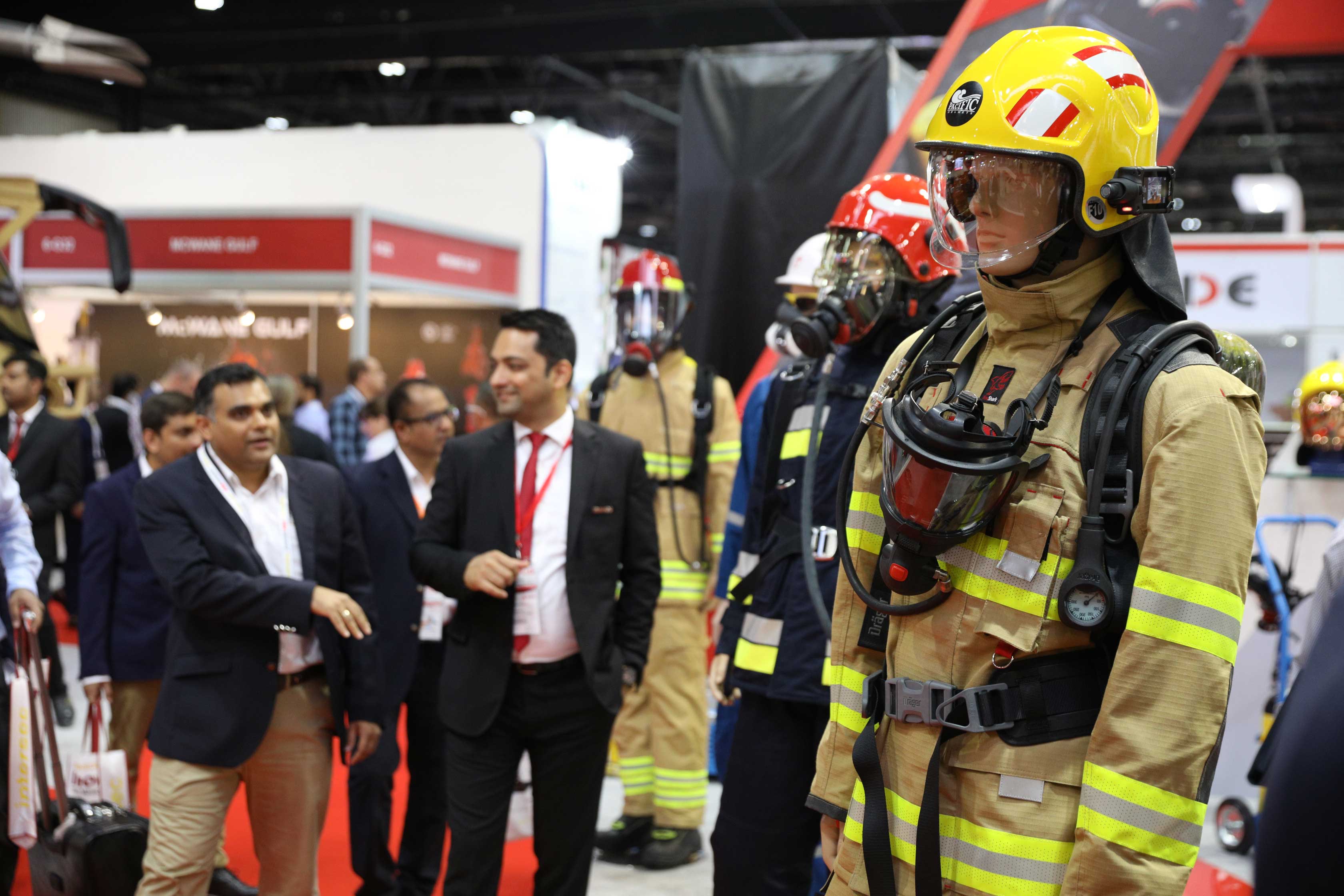 Dubai, UAE, 28 September 2017: Intersec, the world’s largest trade and networking event for security, safety and fire protection, is set to celebrate two decades of remarkable success when it opens doors in January 2018 in Dubai.

The 20th anniversary edition will feature more than 1,300 exhibitors from 58 countries, while over 31,000 visitors from 128 countries are expected to attend as they seek the latest solutions across seven show sections of Commercial Security, Fire & Rescue, Safety & Health, Homeland Security & Policing, Perimeter & Physical Security, Cyber Security, and Smart Home & Building Automation.

Occupying 60,000sqm across 13 halls and 10 per cent extra space at the Dubai International Convention and Exhibition Centre, Intersec 2018 has added a new Drones Pavilion and indoor Drone Zone, while a Wearable Security Pavilion will put the spotlight on advanced textiles including head-up displays, body cameras, embedded sensors, exo-skeleton communications and more.

From humble beginnings in 1999, when it featured 61 exhibitors from 13 countries, Intersec has developed into a global powerhouse, with 19 of the world’s top 20 security solutions providers among the 1,300-plus exhibitors on board in 2018.

The three-day event, which takes place from 21-23 January 2018, has grown in-line with many of the exhibitors that have been with the show from the beginning.  NAFFCO is one of 12 exhibitors at Intersec 2018 that participated in the inaugural edition in 1999.  Since then, the UAE-based company has established itself as one of the world’s leading suppliers of life and fire safety solutions, with a global network spanning over 100 countries.

“Societies, governments and corporates are increasingly pulling out the stops to combat various threats and ensure the security of people, infrastructure, property and information. This has led to a resultant surge in demand for the latest safety and security products and solutions.

“From the beginning, Intersec has paved the way for leading safety and security providers to access regional markets and facilitated many of the beneficial partnerships and relations forged over the years. By continuing to prioritise the showcasing of the cutting edge new developments and the latest technologies, we hope to continue to play a constructive role in making the region a safer and more secure place,” Pauwels added. 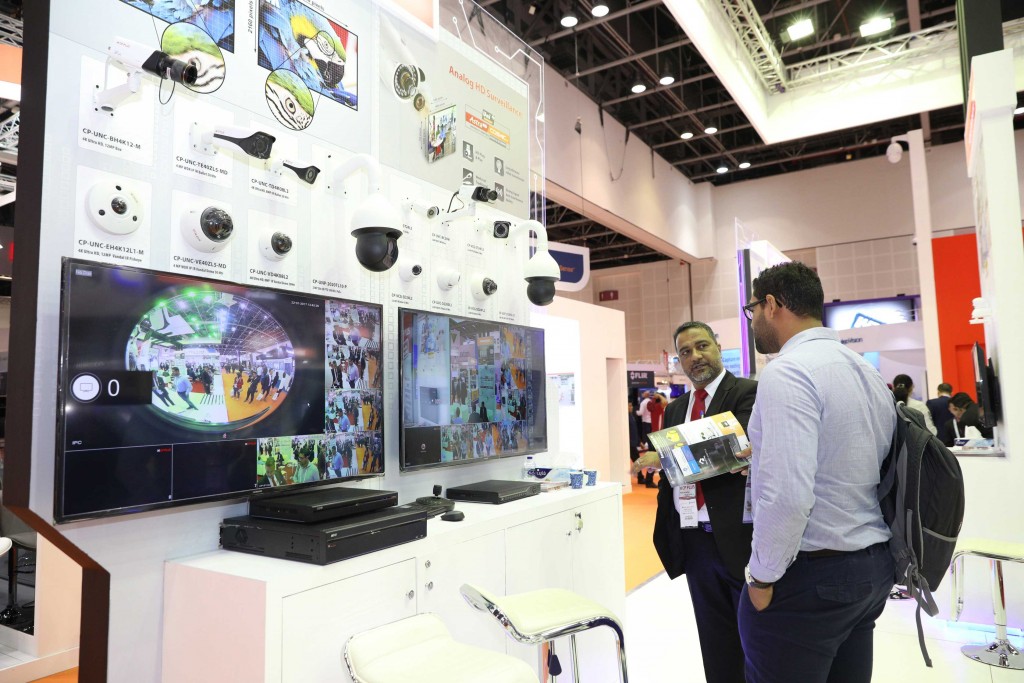 Intersec’s impressive global presence over the last 20 years coincides with the Middle East region’s own rapid rise as a significant growth market for homeland and commercial security and fire protection.

According to analysts Frost & Sullivan (F&S), the Middle East homeland security market, comprising monitoring and surveillance systems, restricted entry systems and perimeter security solutions, is estimated to reach US$17.05 billion by 2021, growing at a compound annual growth rate (CAGR) of 15.6 percent between 2015 and 2021.

The commercial security market too has witnessed an upswing throughout the region creating opportunities for suppliers of video surveillance, access control and intrusion detection.  Valued at US$1.93 billion in 2015, the market is expected to grow at a CAGR (2016-2021) of 17 percent, reaching US$4.82 Billion by 2021, says F&S.  Meanwhile, the Middle East fire safety market is expected to be worth US$4.4 billion by 2021, growing at a CAGR of 12.4 percent between 2016 and 2021.

Philippe Kubbinga, Regional Director for the Middle East and Africa at Axis Communications, said: “Intersec is a very important event for us to showcase the latest advancements from Axis across products and solutions, demonstrate our strengths across key verticals with our partners and network with industry professionals.

“The Middle East market has continued to grow and we expect a further increase in adoption of the latest IP network solutions in the coming year with a great focus on smart and innovative technologies.”

Peter Strom, President and CEO of March Networks, a leading provider of intelligent IP video solutions, added: “Intersec has played an important role in helping position March Networks as a well-recognised name in the region, and increasing exposure in our target markets.  It’s very effective at bringing together key decision-makers and we look forward to introducing them to our newest intelligent IP video solutions.” 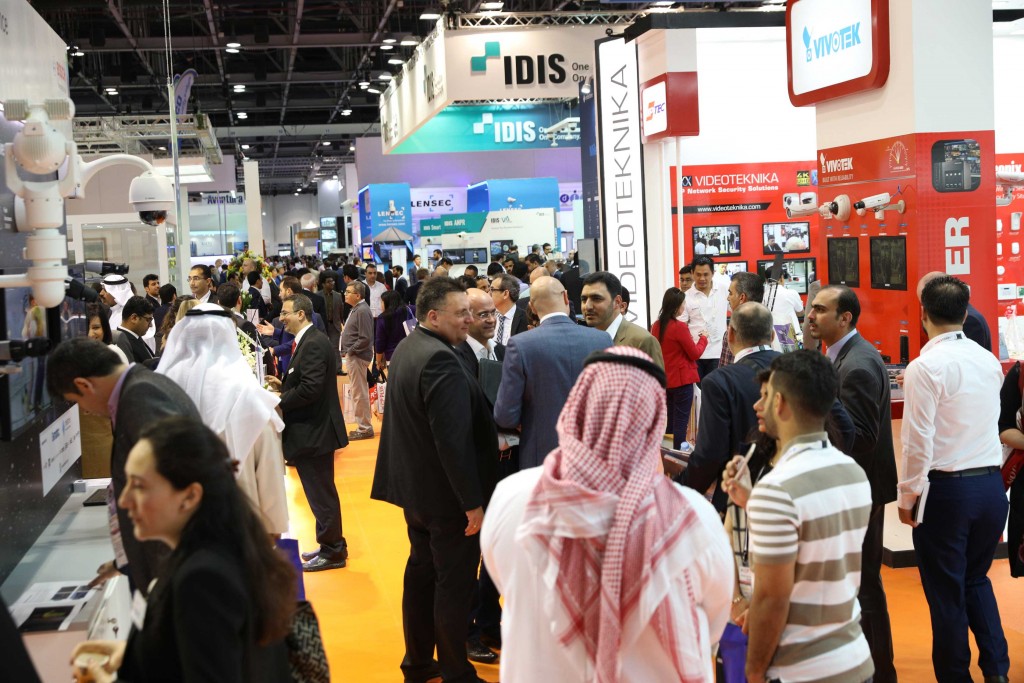 CP PLUS, a global leader in advanced security and surveillance solutions is another long-time exhibitor at Intersec, and with big plans for the 20th anniversary edition.

Gaurav Khemka, the Director of CP PLUS, said: “Our association with Intersec has been quite a long one, and it goes without saying that it is one of the best platforms to showcase our technologies and solutions. And as one of the global market leaders in security and surveillance Intersec is important to us.

“This time around we’ll have quite a few new launches to showcase such as Analog HD solutions in 4MP and 5MP; Indigo and Red IP Solutions powered by Insta Stream, Time & Attendance solutions equipped with Facial Recognition, Wi-Fi, 3G and battery support, PoE Switches and much more.  We are excited and look forward to a continued association with Intersec fuelled by a similar goal and mutual growth.”

Returning features include the Safety Design in Buildings Pavilion in the Fire & Rescue section, as well as an Outdoor Demonstration Zone of the latest fire rescue applications in action.  A comprehensive three-day conference programme will also discuss and analyse new developments, innovations, legislation and changing paradigms within the Middle East safety and security industry.

Intersec 2018 is held under the patronage of His Highness Sheikh Mansoor bin Mohammed bin Rashid Al Maktoum, and supported by the Dubai Police, Dubai Civil Defence, the Dubai Police Academy, and the Dubai Municipality.

More information is available at:  www.intersecexpo.com.

Trek Medics is headed to Puerto Rico - And we're asking for a little help from our friends!