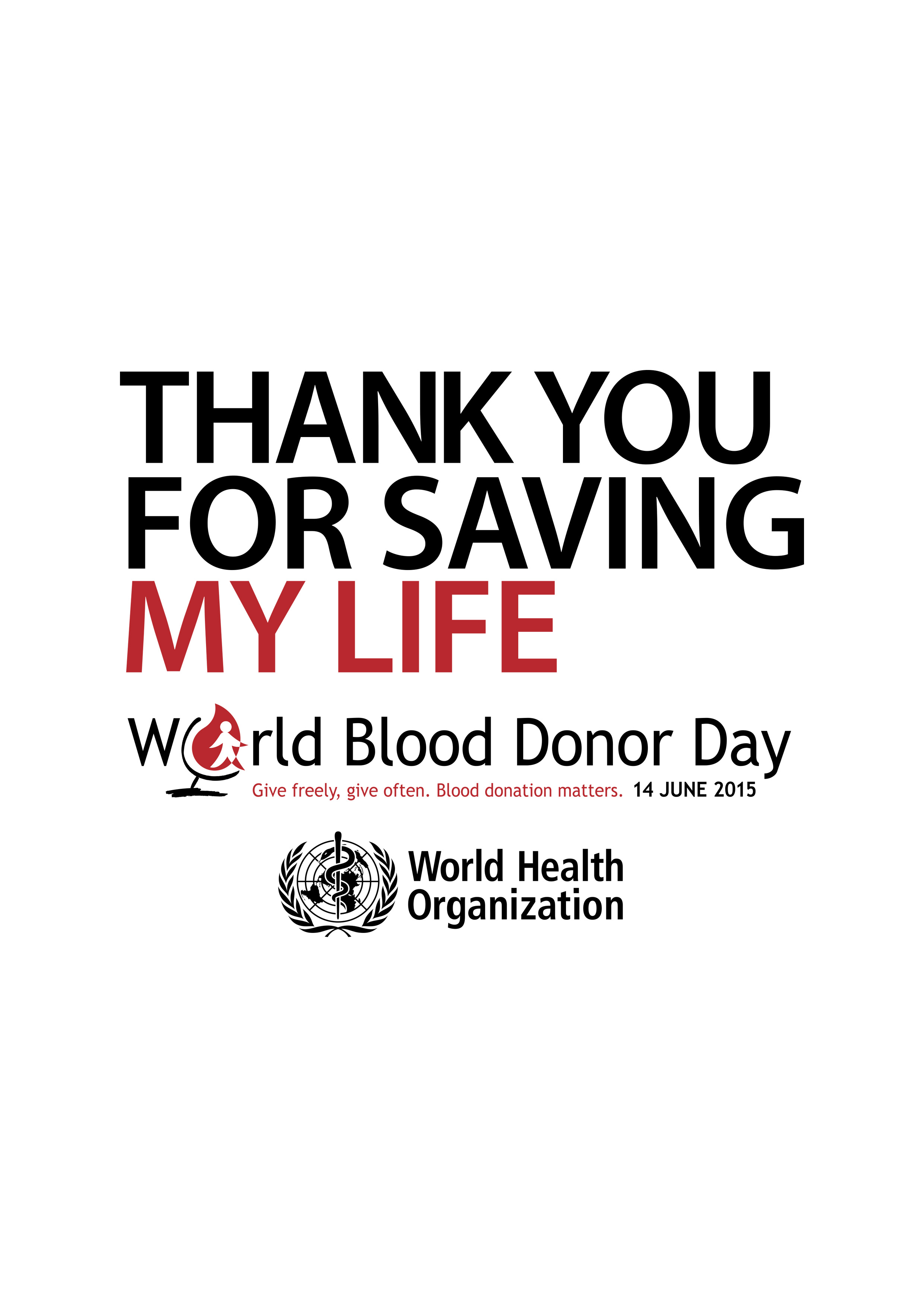 World Blood Donor Day is celebrated every year on the day of birthday anniversary of Karl Landsteiner on 14th of June in 1868. This event celebration was first started in the year 2004 aiming to raise the public awareness about the need for safe blood donation (including its products) voluntarily and unpaid by the healthy person. Blood donors are the key role player at this day as they donate life-saving gifts of blood to the needed person.

It was first initiated and established to be celebrated annually on 14th of June by “the World Health Organization, the International Federation of Red Cross and Red Crescent Societies” in the year 2004. World Blood Donor Day was officially established by the WHO with its 192 Member States in the month of May in 2005 at the 58th World Health Assembly in order to motivate all the countries worldwide to thank the blood donors for their precious step, promote voluntary, safe and unpaid blood donations to ensure the sufficient blood supplies.

World Blood Donor Day celebration brings a precious opportunity to all donors for celebrating it on national and global level as well as to commemorate the birthday anniversary of the Karl Landsteiner (a great scientist who won the Nobel Prize for his great discovery of the ABO blood group system).

Some of the objectives of the World Blood Donor Day celebration are mentioned below:

The theme of this year’s WHO campaign is “Thank you for saving my life”. It focuses on thanking blood donors who save lives every day through their blood donations and strongly encourages more people all over the world to donate blood voluntarily and regularly with the slogan “Give freely, give often. Blood donation matters.” The campaign aims to highlight stories from people whose lives have been saved through blood donation, as a way of motivating regular blood donors to continue giving blood and people in good health who have never given blood to begin doing so.