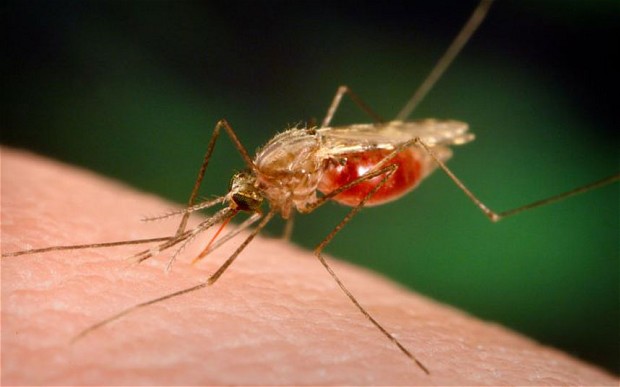 The World Health Organization estimates 3.4 billion people are at risk of malaria, with children under the age of five and pregnant women being the most vulnerable.

Mortality rates are falling and a new test  is having positive results in Kenya.

Fatuma Chaunga, a mother of two, lives in the coastal region of Likoni in Mombasa, a malaria-prone region. Two years ago, most of Chaunga’s income from selling french fries and deep-fried buns was spent on hospital bills to treat malaria.

More than 60 percent of the population is at risk of malaria in Kenya, where almost 36,000 children die from the disease each year.

A non-governmental organization called “Population Services Kenya” distributes insecticide-treated bed nets to pregnant mothers and mothers with children under one year old. Chaunga was one of the beneficiaries.

“If I do not use the net, my children will get malaria, and I will have to go to hospital or use herbal medicine,” said Chaunga. “That is before I knew of MRDT. Now that I know of it, I see the importance of using the net so as to save on costs of going for treatment and use the little money I have to sustain my family.”

The MRDT that Chaunga mentions is the Malaria Rapid Diagnostic Test. In 2010, the World Health Organization recommended every suspected malaria case be confirmed by parasitological testing. The MRDT gives results in 20 minutes and costs $1, which is affordable even in rural communities.

Dr. Dismas Osoro said it has helped reduce the abuse of antibiotics.

“Because earlier people were just taking anti-malarials without a test. This time we have got the importance of it. We test and dispense anti-malarials, so the reckless use of anti-malarial drugs has been controlled,” said Osoro.

Chaunga said she hopes that more and more people will embrace mosquito nets and embrace modern methods of testing for malaria – further bringing down mortality rates that WHO says are at 47 percent globally and 54 percent in Africa.

Becoming a paramedic in the New South Wales Ambulance Service

Rosenbauer PANTHER, the next generation of premium fire truck is here