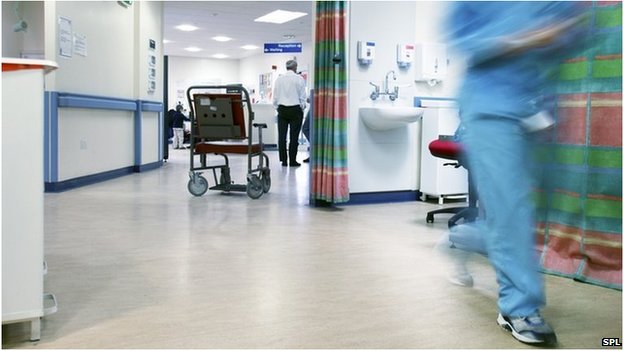 The NHS would be “in dire straits” without migrant workers, one of the UK’s senior economists has claimed.

Stephen Nickell, who is on the board of the Office for Budget Responsibility, suggested 35% of “health professionals” came from outside the UK.

Latest estimates suggest that more than a quarter of all UK consultants are not British nationals but the figure for total health staff is lower.

UKIP said the NHS jobs could be filled if immigration was reduced.

Prime Minister David Cameron has sought to reduce levels of immigration from within and outside the EU but has admitted his goal of reducing net migration to the UK below 100,000 by next May will not be met as numbers are currently twice that.

Critics of limits imposed in recent years on the number of non-EU workers able to come to Britain and action to deter EU migrants from coming have pointed to the number of highly skilled, high-paid migrants working in the NHS and other public services as well as migrants holding lower-paid, manual positions.

Liberal Democrat leader Nick Clegg has previously said the NHS will be “in serious trouble” without EU workers.

‘Special case’
Giving evidence to the Treasury Select Committee about last week’s Autumn Statement, Mr Nickell – a former member of the Bank of England’s monetary policy committee who is now with the OBR, the official fiscal watchdog – was asked if immigration had had a positive or negative impact on the economy.

He continued: “The general consensus is that for the native population, the existing population, immigration may be a little bit good, it may be a little bit bad economically. But there isn’t overall that much in it. Obviously there are special situations like in the health service, for example – some 35% of health professionals are migrants.

“It’s quite plain that, if they weren’t there, the health service would be in absolutely dire straits. That’s a special point.”

Figures published recently by analysts at the Health and Social Care Information Centre (HSCIC) suggested that, in August 2014, of the 42,350 consultants – excluding locums – working in NHS hospitals and community health services, 30,041 were British.

The figures were drawn from information contained on the NHS Electronic Staff Record (ESR) database, the health service’s human resources and payroll system.

Separate HSCIC research published last year on the nationality of all NHS and community health workers in September 2013, reported by the Guardian, suggested that 11% of all health professionals were not British nationals, rising to 14% for clinically professional qualified clinical staff.

‘Question of space’
For this research, workers “self-reported” details of their nationality and corroborating evidence, such as birth certificates, were not available. About 130,000 staff did not specify a nationality.

The three largest Westminster parties have all toughened their rhetoric on immigration in response to the rise of UKIP, which says the only effective way to limit immigration is to leave the EU.

David Cameron has said new EU migrants should only be able to claim benefits after four years to reduce the attractiveness of the UK to so-called “benefit tourists”, while Labour have proposed a two-year wait.

Speaking about the highly-charged debate on immigration, Mr Nickell said the overall argument about immigration boiled down to the number of people, space and whether infrastructure could cope.

“The evidence suggests that, since more immigrants mean more housing, more roads, more airports, more incinerators, more more more of this being required, and since the evidence would suggest that people by and large don’t like these things – especially if they are near them.

“I think that is the key issue about immigration that people may wish to face up to.

UKIP said the UK was too dependent on migrant labour and if net migration was substantially reduced “all the jobs that we need immigrants for could still be done, without placing undue pressure on local services”.

“Like the Labour Party, Mr Nickell preaches how important immigrants are to the survival of the health service. Yet, when the elites and policymakers in this country adopt this view it excuses them from dealing with the consequences of a dispossessed, impoverished, UK ‘underclass’,” said the party’s immigration spokesman Steven Woolfe.

Ebola in Sierra Leone, a suspicion could kill you