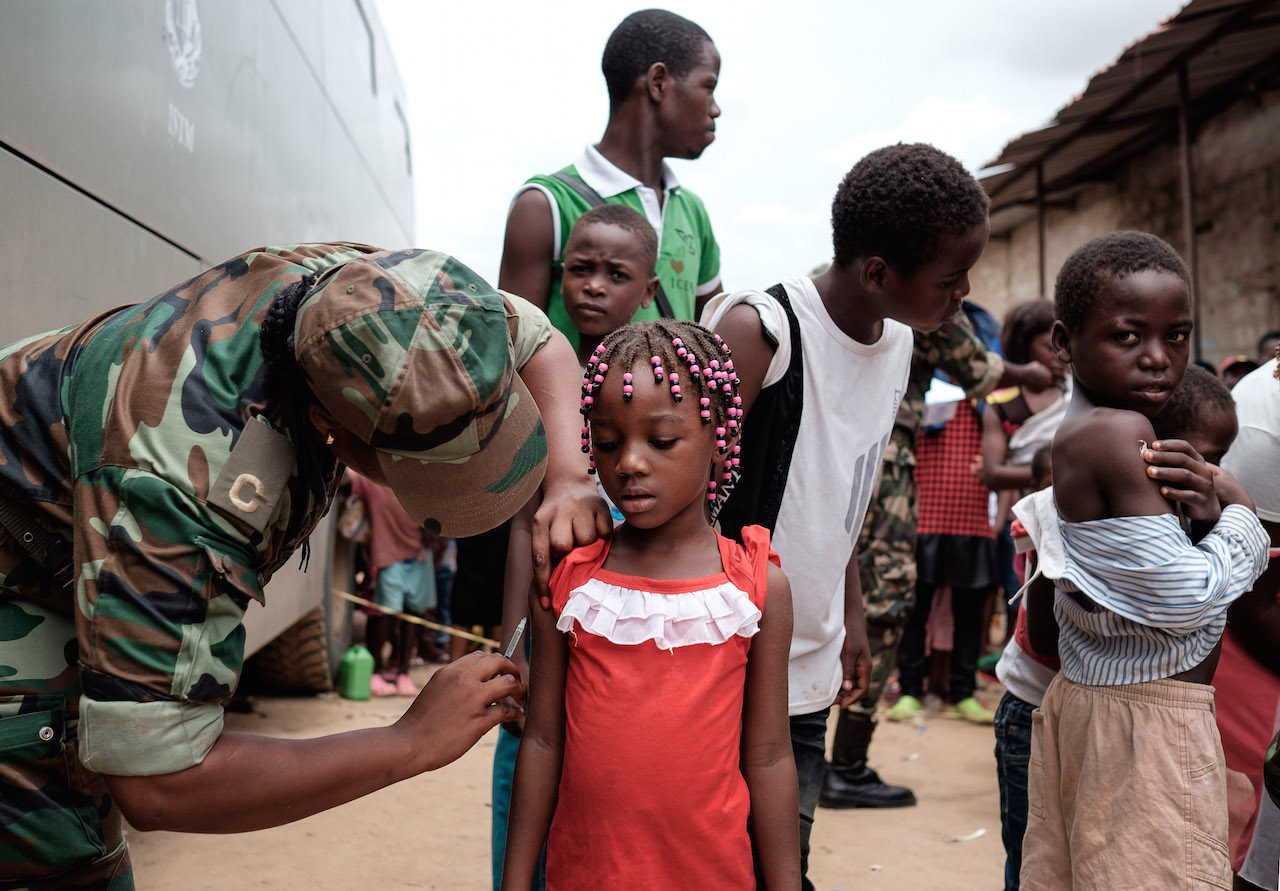 Concerned by the ongoing spread of the yellow fever outbreak in Angola and beyond, the International Federation of Red Cross and Red Crescent Societies (IFRC) is calling for an immediate scale-up in response

The outbreak was first detected in Angola in late December 2015. According to the World Health Organization, close to 2,900 suspected cases have since been reported in all 18 provinces, with 325 deaths. Out of the five countries which have reported imported yellow fever cases that originated in Angola, Democratic Republic of the Congo and Congo are now experiencing outbreaks with local transmission.

“Vaccinations are the first and best line of defence. However, given the limited supply of yellow fever vaccine globally, we need to prioritize community engagement as a vital tool to prevent the further spread of the disease.”

In Angola and the Democratic Republic of the Congo, the IFRC has deployed Regional Disaster Response Team members, and released start-up funds from its Disaster Relief Emergency Fund to support operations aimed at halting the spread of the virus. Staff and volunteers with the Angola Red Cross have supported the country’s vaccination campaign. They have also been conducting social mobilization in communities, as have personnel from the Red Cross of the Democratic Republic of the Congo. Teams conduct door-to-door visits, instructing people on the measures they can take to reduce their risk of falling ill with yellow fever. This includes vector control to eliminate sites where mosquitoes can breed.

In addition to the ground level work currently being carried out by the World Health Organization, UNICEF and other partners, the IFRC is further deploying a Field Assessment Coordination Team to Angola to conduct an in-depth assessment of needs and gaps, primarily focused on improved community surveillance, vector control, and addressing rumours that are spreading about the disease and vaccinations. The expanded emergency operation will focus on newly-affected districts and in border areas.

“With our decades of experience of deploying community-based volunteers to help prevent and respond to vector-borne diseases such as malaria, dengue and chikungunya, the Red Cross can play a key role in managing this outbreak.”

Five countries have reported imported yellow fever cases confirmed to have come from people who had travelled to Angola: 88 in Congo-Brazzaville; 44 in Democratic Republic of the Congo; two each in Kenya and Sao Tome; and 11 in China.

“We are extremely concerned about the further spread of this outbreak, particularly to countries bordering Angola, such as Namibia and Zambia. Non-immunized people traveling across these countries could pose a significant risk.”