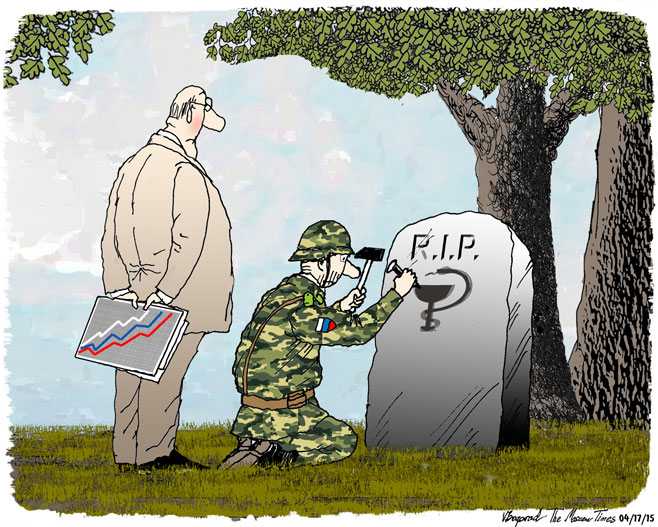 THE MOSCOW TIMES – Changes to the Russian national health care system have proceeded according to an obscure logic and led to very mixed results for medical personnel — and sometimes to lethal results for patients.

The authorities wanted to optimize and modernize the system by boosting the quality of medical care and making it more accessible. Instead, medical care has become inaccessible for a large part of the population, especially in rural areas: doctors labor under increased workloads, thereby compromising patient care; mortality in hospitals has increased; general morbidity is on the rise; and doctors are inundated with paperwork.

According to Audit Chamber official Alexander Filipenko, 17,500 towns and villages now have no medical infrastructure whatsoever. Regional administrations originally planned to slash the number of rural health facilities and then convert them into offices staffed with general practitioners. They have already taken the first step, but even in many cities the second stage of the plan remains unfulfilled.

Be volunteer in your city. How to become a volunteer for the PDA