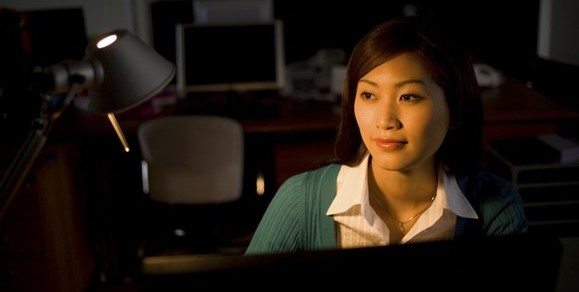 Higher rates of obesity and ill-health have been found in shift workers than the general population.
Health Survey for England data showed they were in worse health despite often being young.
The lead researcher told the BBC that the rise of zero-hours contracts may be increasing the numbers doing shift work and could raise “pretty serious problems” for the nation’s health.
Scientists said it was “fairly clear now” that shift work was unhealthy.
The report, by the Health and Social Care Information Centre, showed 33% of men and 22% of women of working age were doing shift work.
They defined shifts as employment outside 0700-1900.

Rachel Craig, the research director for the Health Survey for England, told the BBC: “Overall, people who are doing shift work are not quite as healthy as their counterparts doing regular working hours.”
The data showed 30% of shift workers were obese, compared with 24% of men and 23% of women doing normal hours.
Meanwhile, 40% of men and 45% of women on shifts had long-standing health conditions such as back-pain, diabetes or chronic obstructive pulmonary disease compared with 36% and 39% of the rest of the population.

Younger people
Shift working is most common in the 16-24 age group with nearly half of men and a third of women having this working pattern.
The rates fell with age so that fewer than a third of men and a fifth of women were working shifts after the age of 55.
Ms Craig said that, overall, young people should be in better health: “You’d expect less ill-health and fewer long-standing conditions that reflect lifestyle like obesity, so it makes it an even stronger relationship [between shifts and poor health].”
There is mounting scientific evidence on how disrupted sleep affects the normal rhythms of the body clock and leads to a wide-range of diseases.
However, other factors that are at play include people from lower incomes, who already have higher rates of poor health, being more likely to do shifts.

On the rise
Ms Craig raised concerns that the situation was getting worse.
She told the BBC News website: “It looks as though shift working is slightly higher than in 2009 and that may be a move to more part-time and zero-hours contract working. There is evidence to suggest that may be having an influence.

“It potentially does raise pretty serious problems and throws a challenge to employers to support shift workers and come up with ways to mitigate the effect of working shifts.
“If a larger proportion of people are doing shifts it is likely to result in greater demand on healthcare systems. It is something to think seriously about.”

Dr Simon Archer, a body clock scientist at the University of Surrey, said the data was fascinating.
He said teenagers and young adults were generally more “evening-type” people as their body clock runs later.
He suggested this might explain why there were more young shift workers: “The young people are coping, but they shift more to ‘morningness’ as they get older and they can’t hack it.”

He added that smoking is also more common in evening-types, also known as owls, which was reflected in the health survey data.
He told the BBC News website that shifts were bad for the body: “The body isn’t designed to eat in the night. It doesn’t clear fat very well and shift workers tend to want to eat high calorie foods and that translates into things not so good for you.

“Obesity is the clear link, and that also leads to type-2 diabetes.
“Shift work is becoming increasingly common and it’s causing a lot of problems to a lot of people and in particular the link with cancer is becoming stronger.”