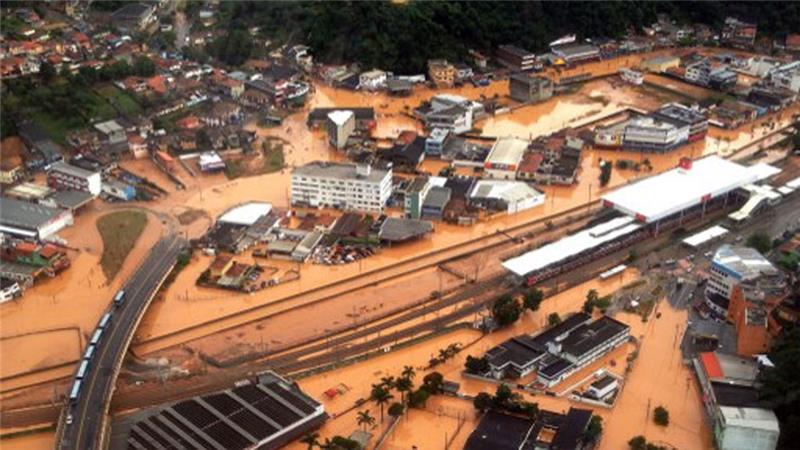 Source: AL Jazeera – Parts of Brazil have gone from a state of drought to intense flooding after torrential downpours hit southeastern areas of the country.

At least 20 people have died in the high waters and mudslides in and around Sao Paulo. Five are still missing.

Sao Paulo’s fire department said 18 of the victims were killed in mudslides and the other two drowned in the floodwaters that hit more than 10 cities in the outskirts of the metropolitan area over recent days.

The downpours continued through Friday and into the weekend

On Saturday, Brazilian President Dilma Rousseff flew over the affected area. Rousseff told reporters that the government will make emergency funds available to help families affected by the floods and mudslides.

Rio de Janeiro has also been badly hit. Authorities have declared a state of crisis after massive downpours flooded parts of the city late on Saturday.

The deluge left cars, buses and local residents stranded, as streets turned into murky rivers. The rains are now easing, but further spells of wet weather are likely throughout the week, before it turns drier next weekend.