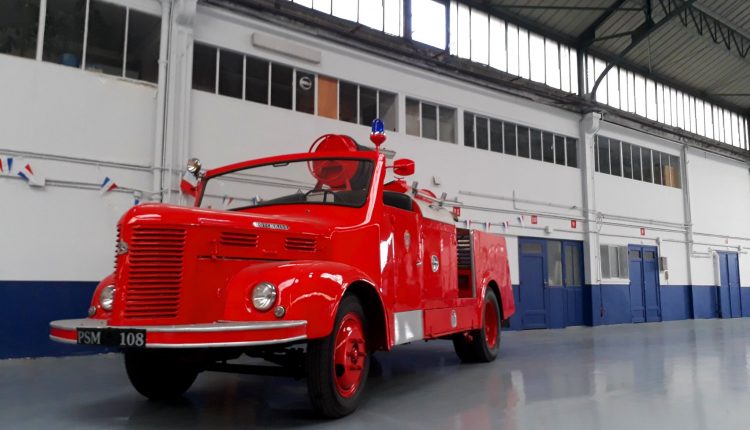 France has a great story of fire safety and one of the most famous fire safety association is the Paris Fire Brigade. Thanks to a group of offshoot firefighters, the museum of sapeurs-pompiers de Paris was born.

Emergency Live brings you on a time machine article! Follow us and find beautiful old ambulances, fire trucks and emergency testimonials from the “gold times” of rescue. The Museum of sapeurs-pompiers de Paris is located in the homonymous capital city.

The Association of Friends of the Musée des sapeurs-pompiers de Paris (AAMSPP), an offshoot of the Paris Fire Brigade (BSPP), projected to create a museum space dedicated to the history of Fire Service, in order to remember the great events that link it closely to the history of Paris and its inhabitants.

Museum of sapeurs-pompiers de Paris: the firefighters and the history of the city

Created by Napoleon 1st in 1811, the Paris Fire Brigade is in the middle of the life of the Parisians. This body of military firefighters accompanied the transformations of Paris. Urban changes first: the construction of large buildings, the arrival of gas, electricity, metro that were the cause of great disasters that struck the opinion: Opera Comique in 1887 (80 dead) , Comédie Française in 1900, Magasin du Printemps in 1921. Let us also mention the famous fire of the Bazar de la Charité in 1897 (112 dead). Modern means of transport were also involved with the burning of the Couronnes metro in 1903 (84 dead).

The explosion of the garage on the rue d’Oslo in 1958 (14 dead), the collapse of the buildings of Boulevard Lefebvre in 1964 (20 dead), the fire of the CES Pailleron in 1973 (20 dead) marked the population. terrorist attack of the 80s and 90s was the occasion to develop intervention means making it possible to trigger a considerable deployment of means making it possible to deal with a massive influx of victims: attacks on rue Copernic (1980), rue des Rosiers (1982), RER Saint Michel (1995), not to mention the recent events of November 2015.

The Paris firefighters also played an important role during the two world wars, in the fight against the effects of the boimbs but also, from 1940 to 1944, in the Resistance. Many streets of Paris, like Rue Froidevaux, bear the names of firefighters of Paris who died in the fire.

From 1968, the competence of the BSPP was extended to the 3 departments of the inner suburbs. One the aim of the Museum of sapeurs-pompiers de Paris is to let know to the general public the story which deserves to be told.

The goals of the Museum of sapeurs-pompiers de Paris

Which are the parts that compose the Museum of sapeurs-pompiers de Paris collection?

It will be possible to supplement the existing educational course with a visit to the neighboring rescue center, in particular for schoolchildren.

A documentation center, accessible to students and researchers will also be set up.
Note that the size of the collections owned by the AAMSPP requires the creation of reserves, which will then make it possible to renew the presentations or create temporary thematic exhibitions, along the lines of the photographic exhibition devoted to the Paris Firefighters during the Great War, currently presented in the district town halls.

As said, at the moment the museum is closed to public because of renovation works. However, you can follow the news here