A giant wildfire currently spreading through Southern California’s Cajon Pass is burning cars on the freeway in what the San Bernardino County Fire Department is calling a “multi-casualty incident.” But the firefighters also issued a report that due to a drone seen flying in the area, they couldn’t get their helicopters to the scene right away.

Update: Officials told NBC LA that five drones were in the air and “definitely” delayed the firefighters’ response:

Two drones actually gave chase to air units, and the incident delayed response by about 15 to 20 minutes, according to Battalion Chief Marc Peebles of San Bernardino County Fire Department.

What’s been named the North Fire has burned about 500 acres near the 15 freeway, which heads northeast to Vegas. Firefighters had closed traffic in both directions when suddenly the grass fire jumped into the freeway and set several cars aflame. Firefighters began mobilizing their aircraft, but due to a drone seen in the air, they were forced to ground their helicopters which were starting to drop water on the burning cars. 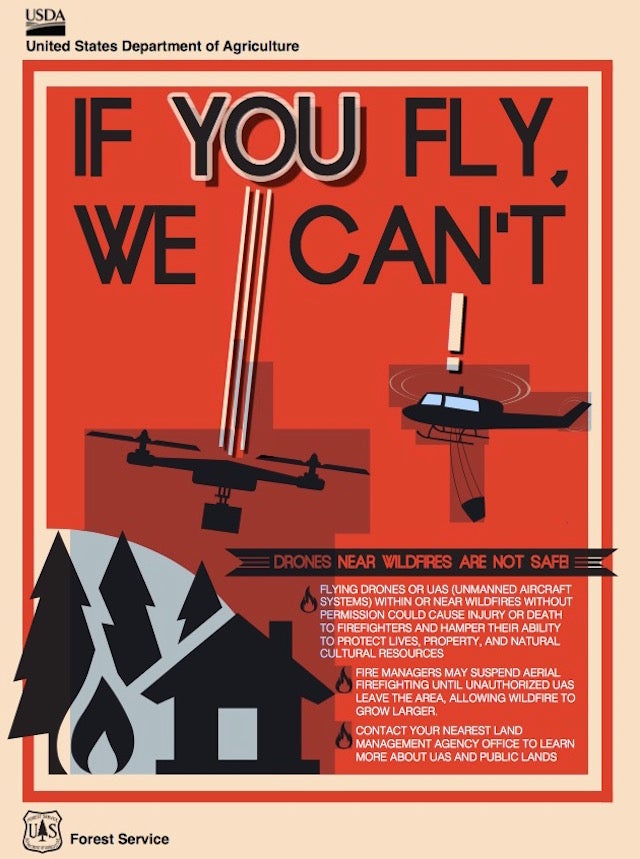