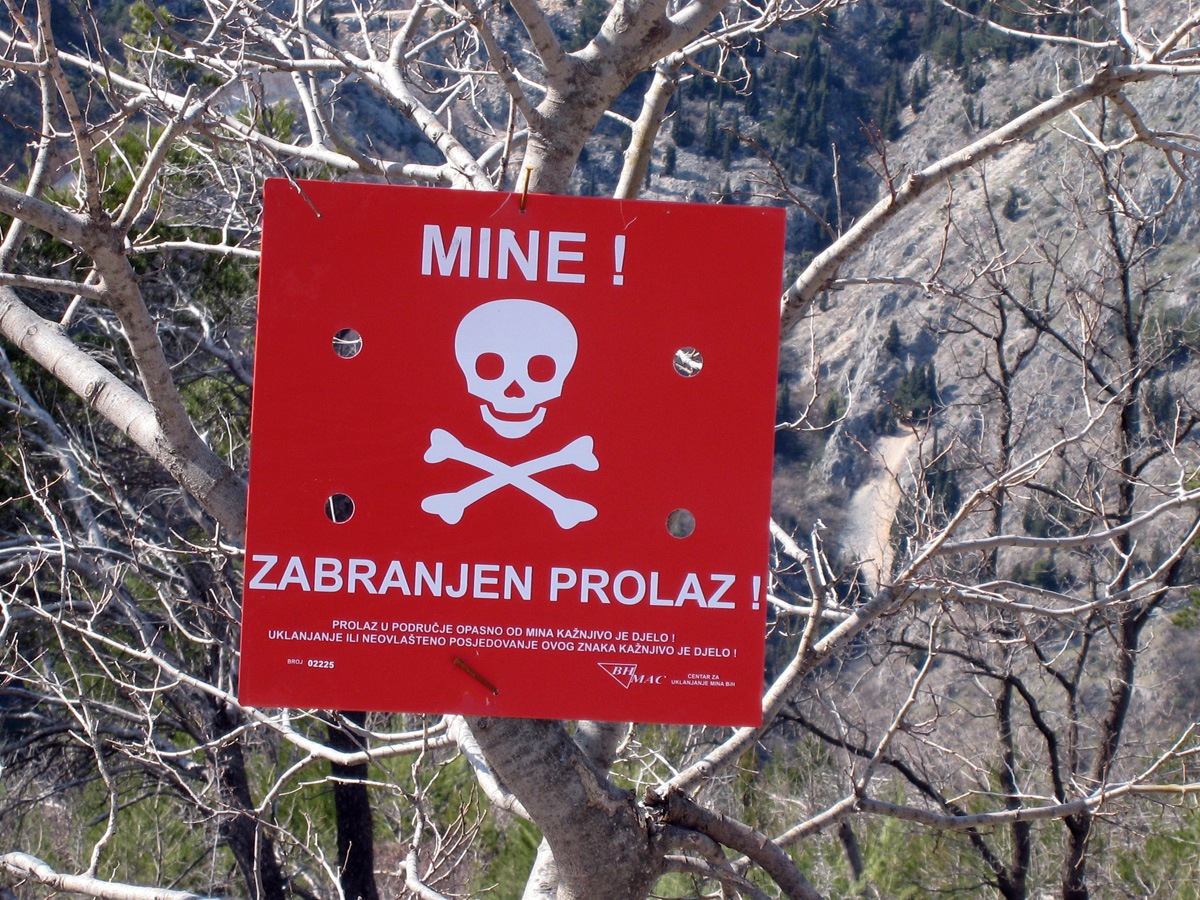 CROATIA is deploying teams of land mine experts to the border with Serbia as refugees tread a dangerous path over ground festooned with undetonated mines left over from the Balkan wars.

Tens of thousands of mines litter the territory, laid by Zagreb when Serbia was embarking on its nationalist campaigns across former Yugoslavia.

The area has become a new transit route into western Europe following the decision by Hungary to close its borders to the tens of thousands still seeking to reach Germany and other lands.

Anti-vehicle mines, anti-personnel shrapnel mines and even ones designed to disable a tank are buried on routes being taken by refugees.  The last estimate from the Croatian authorities was  that 50,966 landmines from the war remain unaccounted for. READ MORE ON EXPRESS.CO.UK

The country’s foreign office has warned hikers and travellers for years not to wande3r from designated pathways as the mines were laid over a 1,000 quare km area.An estimated 500 people have been killed in the minefields since the war ended a decade ago.Martin Auracher of the  organization “German Minesweepers” is among those helping to try to make the terrain safe for migrants.”They are in the greatest danger when thev stray from designated paths,” he said.  “They must try to keep to the roads at all costs.”