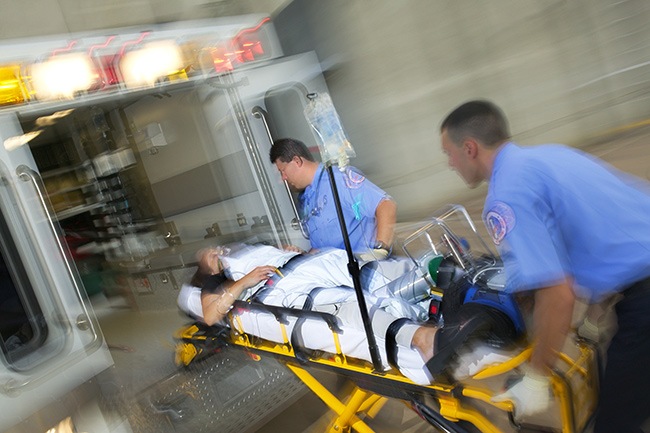 It’s a question that has beguiled many prominent researchers of this era. The term itself is amorphous and sustains the difficulty in discerning its meaning. Definitions of stress range from metallurgical strain to one’s emotional wits end. Although convergence on a common definition of stress is highly desirable, the scientific community has not been able to do so. Instead, the research literature reflects wide and divergent opinions concerning stress.

Stokes and Kite (2001) suggest that the term’s versatility (its range of application), is its undoing as a useful scientific term or concept, and they are not alone in this assertion (Tepas & Price, 2001). Accordingly, stress can be viewed as, “…an agent, circumstance, situation, or variable that disturbs the ‘normal’ functioning of the individual…stress [is also] seen as an effect—that is the disturbed state itself…this bifurcation of meaning is arguably the most fundamental source of the confusion surrounding the stress concept.” (p. 109).  Stokes and Kite contend that there are no psychological stressors in any absolute, objective sense.

In their review of the construct and its evolution, they assert that there are two traditional models of psychological stress, stimulus-based and response-based. The stimulus-based stress approach assumes certain conditions to be stressful and dubs these stressors (i.e., workload, heat and cold, time pressure, etc.). Historically this has resulted in researchers selecting such exogenous variables, applying them experimentally, and concluding that the outcome witnessed was likely the result of a “stress” manipulation. The approach is based on an engineering analogy (mechanical stress and emotional strain) that Stokes and Kite contend is inadequate. They argue that this model ignores individual differences, does not evaluate circumstances, and leaves out emotion—we are not just machines that react to environmental stimuli. 2

The response-based stress approach holds that stress is defined by the pattern of responses (i.e., behavioral, cognitive, and affective) that result from exposure to a given stressor. In contrast to the stimulus-based approach, these variables can be considered endogenous or coming from within the individual. This model has relied heavily on the work of Yerkes and Dodson (1908) and later Selye (1956) and found its emphasis in physiological dimensions (this evolution is described in more detail in the following section).

Stokes and Kite (2001) suggested that physiological measures have failed to provide a complete understanding of the human stress response and do not necessarily equate to psychological stress, and thus a third approach to understanding the human stress response has emerged—the transactional model. Transactional models view stress as the interaction between the environment and individual, emphasizing the role of the individual’s appraisal of situations in shaping their responses. From the transactional approach, stress is defined as, “…the result of a mismatch between individuals’ perceptions of the demands of the task or situation and their perceptions of the resources for coping with them.” (p. 116). The fundamental assumptions underlying this approach are discussed in greater detail during a review of the cognitive appraisal literature.

There seem to be as many definitions of stress as there are stress researchers. Adding to the difficulty in finding an adequate definition for stress is the fact that the term is used in association with so many different constructs. For instance, Tepas and Price (2001) suggested that stress is commonly connected to the following concepts: adaptation, anxiety, arousal, burnout, coping, exertion, exhaustion, exposure, fatigue, hardiness, mental load, repetitiveness, strain, stressor, and tension. Given the formidable breadth of the domain it is not difficult to see why stress as a construct has become unwieldy for most researchers.

For the sake of simplicity and coherence, I have selected a definition proposed by McGrath (1976) that seems to be broad enough to incorporate most of the current assumptions about what stress is and is not, yet focused enough to be meaningful. McGrath conceptualized stress as the interaction between three elements: perceived demand, perceived ability to cope, and the perception of the importance of being able to cope with the demand. Unlike many previous definitions of stress, this formulation distinctly incorporates the transactional process believed to be central to current cognitive appraisal theories. No longer is stress seen merely as a mismatch between demand and ability; on the contrary, one’s perception of these two elements, and more importantly the desire or motivation one experiences to meet the demand, is central to the construct.

While McGrath’s (1976) definition of stress provides a high-level concept of stress, it says little if anything about how stress affects human performance. To do so requires a theory of underlying mechanisms. Unfortunately, no unitary framework has gained consensus by the scientific community. Instead, several theories have been proposed and debated.