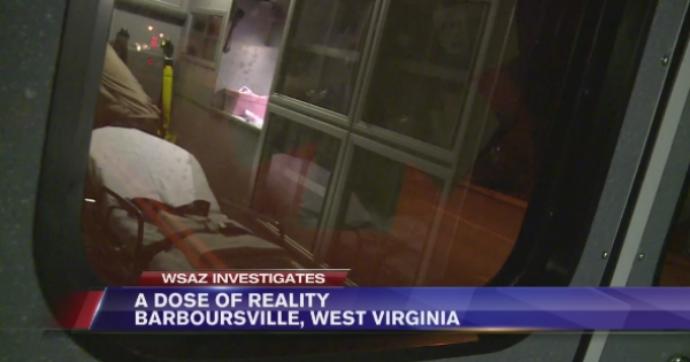 WSAZ Investigates: A Dose of Reality

CABELL COUNTY, W.Va. (WSAZ) — A WSAZ investigation into the heroin epidemic in Cabell County quickly went viral. Now, we are following up with the young man shown overdosing and the paramedics who saved him in that shocking body camera video

In WSAZ Investigates: A Dose of Reality, 26-year-old Joey overdoses on heroin in his Barboursville home. His mom calls 911, and Cabell County EMS Supervisor Chad Ward arrives on scene first.

Chad’s body camera is rolling as he finds Joey lying on his bed, turning blue and only breathing twice a minute. He is just minutes from death. More paramedics arrive and they give Joey Narcan, a drug that reverses an overdose.

In just a matter of minutes, Joey is awake and walking. The dramatic scene is shown through the eyes of Chad — a scene he and his paramedics see every single day.

“I want these people to know, you were on death’s door,” said Chad. “I know it doesn’t seem like it now, but truly you were. Another five or 10 minutes could have made a big difference.”

ER did not screen for PTSD except in cases of clear physical trauma, a new research said