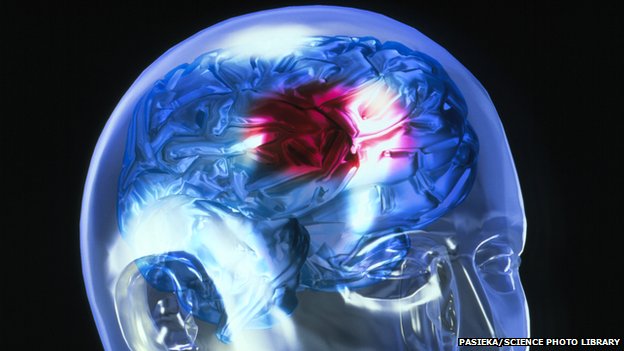 Strokes are difficult to recognize, even for a Top Doctor

A stroke may leave you incapable of identifying what’s wrong, so help from others can be critical

Even Canada’s top doctor had trouble recognizing when he was having a stroke, a critical step in getting care to reduce the risk of death and ensuring the best possible recovery, the Heart and Stroke Foundation says.

The sudden loss of brain function from a stroke happens to someone every nine minutes in Canada. It happened also to Butler-Jones while he was at work.

“I was trying to analyze what was happening to me,” Butler-Jones recalled from Halifax. “I never considered it a stroke until the next morning when I was walking funny. Then I still tried to talk myself out of the fact that I was very weak on the left side.”

Butler-Jones had what he calls “left neglect,” in which the brain doesn’t pay attention to things on that side.

It’s one reason why the Heart and Stroke Foundation is focusing on the role played by the general public, family members and paramedics in helping patients to get to the right hospital for treatment quickly, said Dr. Michael Hill, director of the stroke unit at the Calgary Stroke Program.

“Often the stroke itself renders you incapable of identifying your problem and calling for help,” Hill said. “You either are paralyzed on one side, you can’t get to a phone, you can’t figure out how to dial a phone and you can’t make yourself understood.”

The group’s awareness campaign uses the acronym FAST to help people to recognize the most probable signs:

Minutes matter in every step of stroke response, Hill said.

Time is also a factor for paramedics recognizing and addressing immediate medical needs and transporting patients to specialized stroke centres. Staff there needs to recognize symptoms and deliver intravenous clot-busting therapy and other treatments such as retrievable stents or an experimental neuroprotectant drug when appropriate.

After his stroke, Butler-Jones had to relearn how to turn around, walk backward and overcome short-term memory problems.

“Quite honestly, managing a pandemic was much easier. I knew how to do that. The hardest thing was all these things I couldn’t do anymore that used to be easy.”

Like a child learning to walk, Butler-Jones said, his recovery took a series of small steps. With progress, he stopped needing a cane and he relearned words. A neurologist likened his brain to a hard drive with corrupted files that need new pathways built.

“The hardest thing was having to relearn the names of my grandchildren.”

Despite his stroke experience — and a family history of stroke in his father at age 52 and the death of a grandfather after a heart attack — Butler-Jones didn’t recognize the signs of a second stroke six weeks ago, when he began to feel disconnected.

“The next morning, when it was obvious I had had, fortunately, a small stroke, she said, ‘So even though you’re a doctor, I shouldn’t listen to you, right?’ That’s why it’s important for all of us to recognize the signs of stroke.”

While Butler-Jones’s mental clarity, balance, stamina and sleep patterns have been affected recently, he maintains a positive attitude. “When I think about what I’ve regained, it’s phenomenal, and I’m very fortunate.”

Butler-Jones is now working fewer hours, teaching and advising on public health through Health Canada’s First Nations and Inuit branch in Atlantic Canada and Ottawa. He’s regained vocabulary through word searches, crosswords and other puzzles and continues to work with weights and balance exercises.

Florida, paramedic sentenced for culpable negligence. He flip out a patient from the stretcher

Hoverbike, the dream of a flying motorcycle is on the way