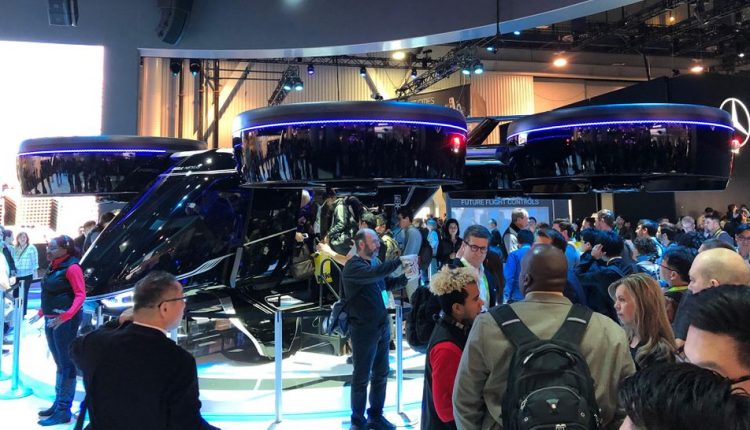 What about an ambulance drone? A taxi drone has been showcased during the CES 2019 in Las Vegas and it will be put on service within 10 years in many cities of the world. Could the idea of this new vehicle be applied to ambulances?

Imagine providing dispatch with your ambulance. The patient is in critical conditions and you have to rush among cars, trucks, and streets in a big city centre to reach him/her out and transport him/her to the nearest hospital. But you turn out to be jammed into traffic and the patient’s life is in serious danger. The only thing you would do is to fly over those vehicles and buildings to reach as soon as possible your patient in need. This could be solved by a helicopter, however, it must have special permission, much space to land and to fly. Who says that it cannot be possible? A smart and tiny ambulance drone could replace ground emergency vehicles in the future.

The future of urban emergency transportation: the ambulance drone

The project of a new taxi drone has been showcased at CES 2019 (Consumers Electronic Show) in Las Vegas. Drones are the main characters of technology in many fields, like the emergency care one.

BELL Nexus, the name of this taxi drone, is developed to move people between skyscrapers, over traffic-clogged streets. Of course, supposing that urban air mobility will take off in the next 10 years. This air vehicle may have many different configurations, such as for the emergency field. What about ambulance drone in chaotic cities that flies over streets, among skyscrapers to reach a patient?

Such drone is projected to have luggage storage, i.e. a compartment in the back that may carry emergency kits, oxygen tanks, emergency backpacks, and so on. It is projected to carry max. 4 people, so one day, it can be arranged to carry both the patient and the crew, like a paramedic or a nurse and a pilot, including the emergency equipment.

But how does this ambulance drone could literally fly among buildings?

Such a mix of a tiltrotor airplane and a drone is equipped of six pivoting ducted fans attached to a fuselage that will reduce noise, and can carry 4 passengers and a pilot. The solution for the power would surely be the electricity, however, reaching a more electric and hybrid-electric propulsion will require time. This drone needs great power to carry people.

A turbine engine is integrated into the aft roof of the vehicle that feeds power both to the six rotors but also to a battery. The way in which each rotor operates by its own direct-drive electric motor located on each pylon can draw power from either the engine or battery. And this allows the turbine to run independent of the rotors, allowing for the spinning blades to stop when the aircraft lands without shutting down the engine, like a traditional helicopter.

Why could it be the solution for urban emergency transportation?

We know that helicopters already are like flying ambulances, nowadays. But, their dimensions (in particular the dimensions of their blades can be dangerous when flying among buildings. The helicopter is studied to fly in wider spaces, and, in particular, it must have a pilot. New researchers will carry out to put on practice a new controlling system that will work without a pilot. So the flying ambulance will be able to carry 2 members of the emergency crew and pick up patient containing even more emergency tools and devices in case of no driver.

Of course, this is only a hypothesis of how a vehicle like that could be turned into an emergency vehicle. The idea of a flying ambulance is not so far after all. It will determine a strong development for our future, with a higher range of people saved every year.

Continental showcases innovations for smarter and safer cities at CES 2019